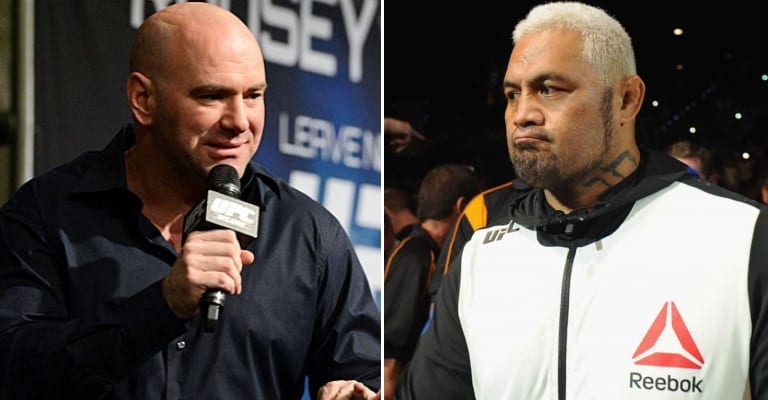 UFC heavyweight Mark Hunt was irate when the promotion removed him from his scheduled main event versus Marcin Tybura at November 18’s UFC Fight Night 121 from Sydney, Australia, earlier this month, a move he said would cost him upwards of $1 million dollars.

Hunt lashed out at UFC President Dana White, claiming he was perfectly fit and healthy to compete, but had been removed due to his ongoing lawsuit against the UFC, White, and Brock Lesnar in conjunction with UFC 200. But White cited an interview Hunt did with Australian publication Players Voice where the longtime knockout artist admitted he was slurring his words, having trouble sleeping, and losing his memory.

The situation seemed set if not exactly resolved, but now, White has explained himself even further in an open letter penned to The Daily Telegraph where he revealed Hunt had never been cleared to fight as he claimed.

Mark Hunt was never “cleared” to fight Marcin Tybura in Sydney, Australia this November. Period. And the statements he’s been making, saying that he is, are just not true.

Let me tell you what I know.

Mark Hunt recently wrote an op-ed piece for an Australian website that described some serious symptoms.

He wrote that he’s starting to stutter and slur his words.

He wrote that he’s not sleeping well.

He wrote that he can’t remember something he did yesterday.

These are his words, from him, but now he’s saying it was taken out of context. How can you take your own words out of context? So you know what I did? My team contacted his management within the first week of learning about these symptoms and offered to fly him to Las Vegas first class to visit the Lou Ruvo Brain Center — which is the best in the world for brain research — to get more tests done. And you know what? He absolutely refused.

How can I put a guy with these symptoms he said he’s experiencing immediately back in the Octagon without additional tests? I definitely wasn’t going to do that. So I did the only thing I could do — which is to pull him off an event that would have him fighting just nine weeks after writing his piece so he can have the proper time to see a specialist. Let me remind you that this is an event I already had signed contracts for and spent a lot of money marketing and advertising, so this was a big loss. But it was the right thing to do.

So here we are now. After all of this, Mark is saying that I have it out for him and I am holding a grudge because he filed a lawsuit. Let me ask you this:

Would I have placed him in two additional fights, including one in which he headlined the event?

Or paid him 1.645 million dollars, which includes a $50k Fight of the Night bonus and a $25k discretionary bonus?

All of this was AFTER the lawsuit, so how can anyone say I have any issues with this guy?

Bottom line, my job is to put on the best fights in the world and part of that is to protect these guys from themselves. I get it, they’re fighters and they want to fight. But this only works if safety comes first, and that’s always been my goal — to provide a level playing field and a safe, regulated environment for our fighters to compete in. I’ve been doing that for almost 20 years and I’m not going to stop now.