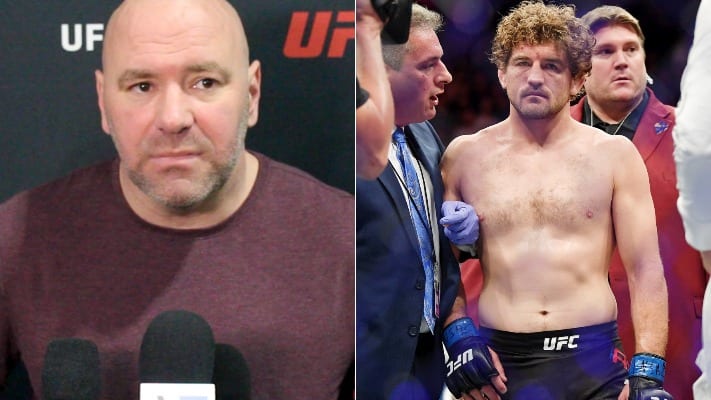 Askren was knocked out in five seconds by Jorge Masvidal with a flying knee while going in on a takedown attempt. The knockout was officially recorded as the fastest in UFC history, and sent the mixed martial arts (MMA) community into a frenzy. Aside from the hype over the knockout, many fans were concerned for Askren’s health.

Speaking at the UFC 239 post-fight press conference, UFC President Dana White provided a health update on “Funky.” White noted Askren was doing good and that, “All of his stuff came back negative, so he’s okay.” White then quickly corrected himself and said, “I’m sure he’s not okay, but he’s – yeah [good enough].”

It will be interesting to see how the welterweight division plays out given Masvidal’s win. “Gamebred” could very well be the next challenger for Kamaru Usman’s 170-pound title. However, Colby Covington vs. Robbie Lawler could also throw a wrench into Masvidal’s title aspirations.

As for Askren, he’s doing well enough to Tweet after his knockout loss, but it will be especially interesting to see what’s next for him.

What do you think about Askren’s MMA career moving forward? Will he fight again?