LowKickMMA.com
Home UFC News Dana White has no plans to leave soon: ‘UFC will be very... 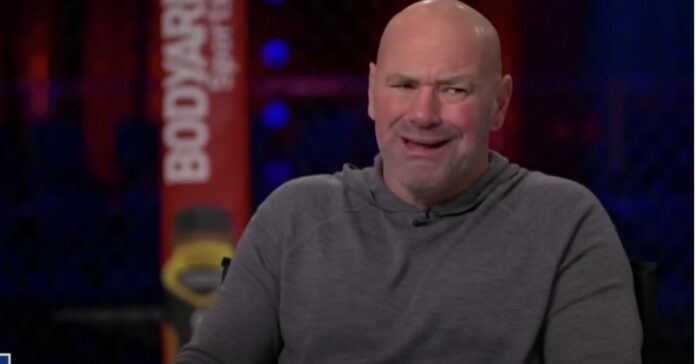 Dana White has no plans to step away from heading the UFC.

Company president Dana White has been at the helm of the most elite mixed martial arts organization for over two decades. He purchased tanking promotion that was losing money and on the verge of bankruptcy and turned it around into a multi-national corporation that sold for $4 billion in 2016.

Dana White has no plans to leave soon

At the post-fight press conference for this past Tuesday’s Dana White’s Contender Series, White talked about the future of UFC in the case of his departure.

“If and when I ever leave, I mean, the UFC like I said last night to Tucker, got a great team in place,” White said (ht BJPenn.com). “Obviously, hopefully, I’ve built a business that will last many, many years after I’m dead. The UFC will be very different when I’m gone, it’ll be different. It won’t go away.”

He revealed that he would not be leaving anytime soon.

White thought about stepping away at the time of the sale

When Endeavor purchased the UFC in 2016, White was left confused about staying in his role. He admitted he did not take it especially well but got convinced by his partners.

“It was actually a really bad time for me, I didn’t want to do it,” White said to The Pivot Podcast back in May. “The Fertittas were ready to get out and they had a sit down with me. They were basically like, ‘We have everybody in here going through with the deal.’ Everybody was in here kicking the tires looking to buy it. From ESPN to Turner to all these different funds and groups from all over the world. They sat me down and said, ‘We’re gonna sell this thing and we’re ready to go but nobody will take it unless you stay so you have to do this.’