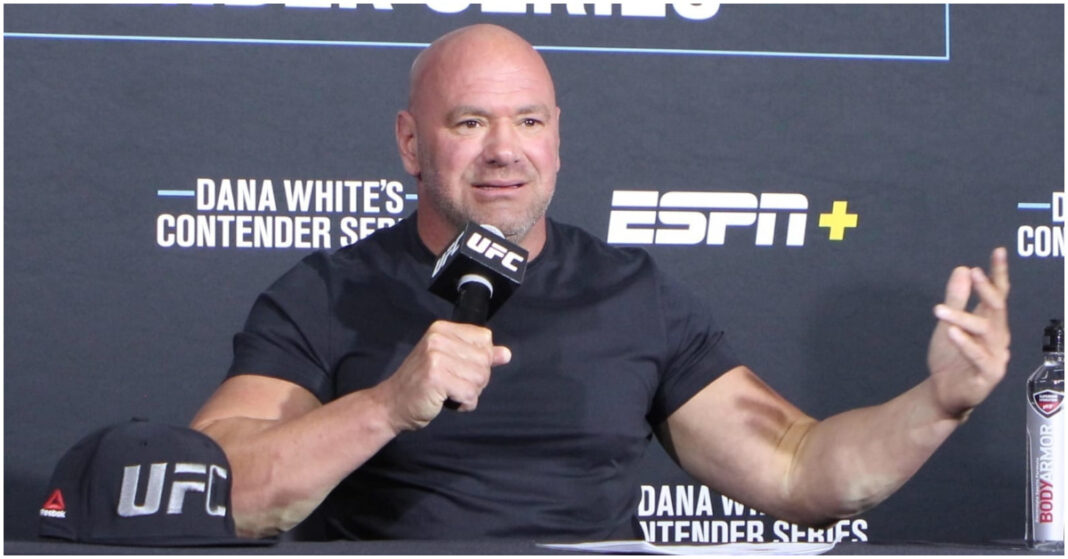 UFC President Dana White has revealed who he sees as the top three mixed martial arts fighters of all-time and mentioned that there’s a fourth trailing not too far behind.

It seems the never-ending argument of who the sport’s true GOAT is will go on and on without a definitive answer for the rest of time. The usual suspects that come to mind during this conversation include Khabib, Jon Jones and GSP to name a few but who does the boss consider to be the greatest to ever do it?

On a recent episode of The Dave Portnoy Show, White said “You’d have to go, Anderson Silva, GSP, Jones. Usman is getting up there too,” (transcribed via Cole Shelton, bjpenn.com)

The three names he mentioned shouldn’t come as a surprise especially when you consider that White has watched the full entirety of their UFC careers play outright from cageside. The name that may come as a bit of a surprise to many is Usman but when you compare his accolades to the others, he really is right there with them.

Usman has now racked up 19 straight pro wins and has never lost in the UFC. After his win over Gilbert Burns at UFC 258, White said that if ‘The Nigerian Nightmare’ continues on this trajectory he will without a doubt finish as the welterweight division’s best ever.

Usman has boasted a resume that is right there with that of St.Pierre’s if not better, but he has yet to move up and win a championship like GSP did. Silva has also moved up in weight to fight at light heavyweight and holds 10 title defenses of his own while Jones has only one disqualification loss in the Octagon and is expected to fight at heavyweight by year’s end.

Do you agree with Dana White’s pick as the top 3 mixed martial artists to ever do it?