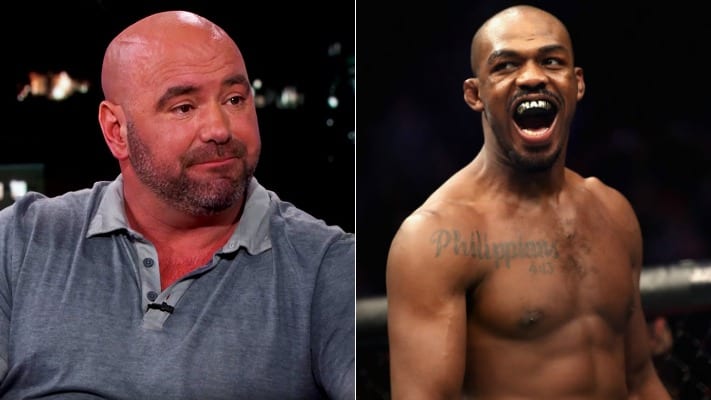 UFC president Dana White has doubled down on his claim light-heavyweight champion Jon Jones wanted too much money to step up in weight to face ferocious knockout artist Francis Ngannou.

Jones has been flirting with the idea of moving up to heavyweight for years but never made the leap. Since he controversially beat Dominick Reyes at UFC 247 Jones has been going back and forth with Ngannou about a potential heavyweight bout and seemed serious about making it happen.

White though poured cold water on that potential fight yesterday while speaking with ESPN. The UFC boss claimed Jones had asked for a huge pay rise to fight Ngannou something neither he or the UFC were prepared to make happen, he said.

Since then Jones has taken to social media calling White a liar and claiming no financial figures had ever been discussed for this fight, he wrote.

“It’s Interesting to just sit here and watch your boss lie to the camera like this. We never discussed any increase in pay. Immediately the conversation was that I already made enough. I never made a number offer.”

White though has stood by his claims Jones asked for a specific amount of money that he found “obscene”.

“Let me just put it this way,” White said on ESPN’s First Take. “Jon Jones wasn’t asking for $5 million more dollars; he was asking for an obscene amount of money. And if Jon Jones wants to speak publicly and say what the number was, that’s up to him.

Do you believe Dana White? Did Jon Jones ask for crazy money to fight at heavyweight against Francis Ngannou?