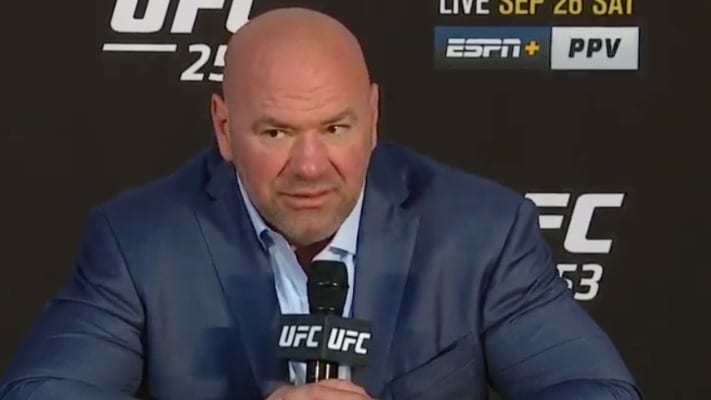 Craig and Hill opened up the UFC 263 main card in a light heavyweight encounter that saw the former sink in the armbar early on after pulling guard.

Hill kept fighting until his arm bent awkwardly indicating that he had broken it at the very least. And despite appearing to want to tap, he didn’t do so as his arm started flailing around.

Eventually, Craig had the triangle locked in placed as well and started throwing strikes on a defenseless Hill until Guinee stopped the contest.

Guinee received criticism from many for not stopping the contest the moment Hill’s arm started dangling around and White had to say something despite not wanting to get on the Arizona State Athletic Commission’s bad side.

“When an arm is flopping around like this and going both ways, you should probably stop the fight,” White said at the post-fight press conference (via MMA Fighting). “I don’t want to sh*t on Arizona, they’ve been so good to us. But that’s a rough one. I heard this guy’s a jiu-jitsu black belt.”

“They popped it back it in and the guy has full range of motion,” White revealed. “That’s nuts.”

However, that doesn’t excuse the referee’s indecision as White made a callback to Steve Mazzagatti — another referee he took issue with in the past for his late stoppages.

“Arizona Mazzagatti,” White joked when told by a reporter that the referee had a reputation for bad calls. “It makes sense then.”