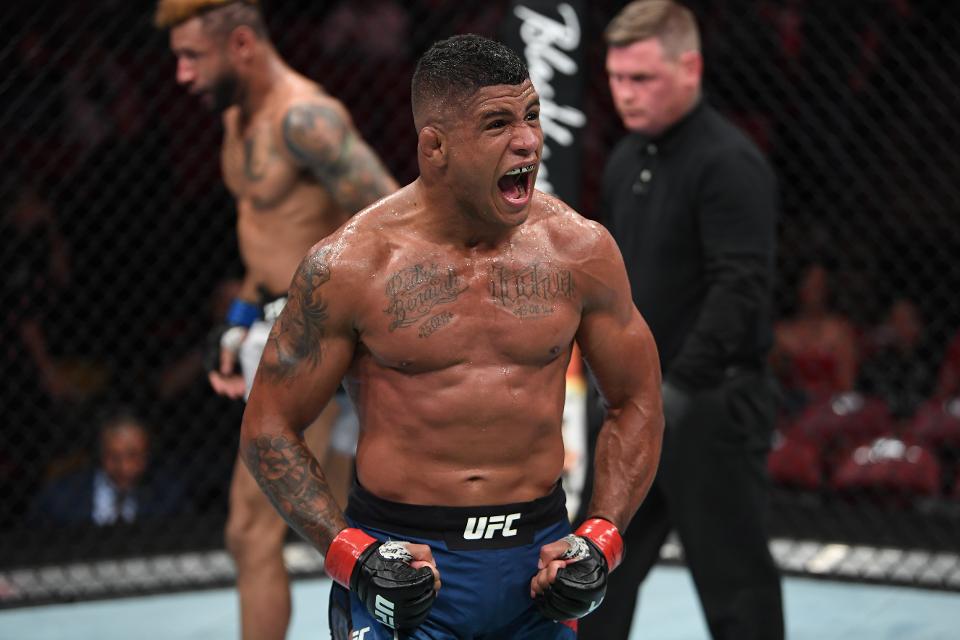 UFC President Dana White is in favor of top welterweight contender Gilbert Burns being next in line for a welterweight title shot. Burns thrust his way into title contention after his dominant victory of #1 ranked Tyron Woodley last Saturday night in Vegas.

Following this one-sided bout, Burns called out Welterweight champ and training partner Kamaru Usman for the next title shot while also mentioning he’d be open to fights against top contenders Colby Covington and Leon Edwards.

White went on Steve’Os Podcast where he talked about the Welterweight title, “Burns told me that night, let’s turn this shit right round, I’ll fight Usman now. I’m ready. I love that kind of shit, When you’re that guy, it’s highly likely you’re getting that f*****g fight.” (Transcribed by BJPenn.com)

Burns, winner of 6 straight with his past 2 against legends in Tyron Woodley and Demian Maia, seems poised for a crack at the champ Kamaru Usman. Although, it seemed as if top contender Jorge Masvidal would get the title shot against Usman in July, the company might have different plans for him.

Speaking to MMA Fighting the Brazilian revealed he has offered to fight Usman at UFC 251 and is currently waiting to hear back from the UFC bosses, he said.

“We’re waiting for the UFC’s decision. I volunteered to fight for the UFC title in July if they want. I know UFC 251 is on July 11, and I volunteered for it. If they want it, I’ll fight for the belt on the 11th, or I can fight the No. 2 or No. 3 [fighter] in the rankings, whoever the UFC wants. I’ve already volunteered, and I will honor that. When I volunteer for a date, I make sure I’m ready for it in case something happens. I’ll get back to the gym on Monday.”

The welterweight division is stacked and loaded with top level talent. So many top contenders vying for a title shot. Gilbert Burns, Colby Covington, Jorge Masvidal and Leon Edwards all have great cases.

Who do you want see fight for the Welterweight Title next?