LowKickMMA.com
Home MMA News Dana White Gets A Call-Out From The Island Boys To Sign Vince... 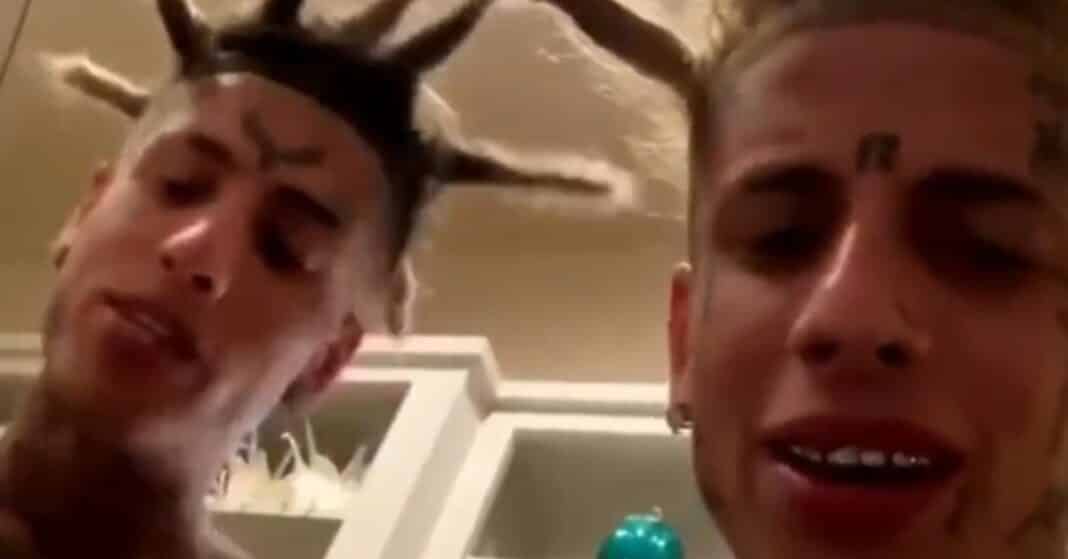 Dana White got a special call-out from a couple of viral stars to sign a former TUF competitor.

Frankie and Alex Venegas – better known as Kodiyakredd and Flyysoulja, respectively – have taken TikTok by storm in the past few weeks. The twins posted a video of themselves rapping a song they call ‘Island Boy’, and it’s catchy beat combined with their unique appearance brought them near immediate fame.

The pair have since began to build a brand for themselves, which includes merchandise as well as joining Cameo – a service which lets the public buy personalized video messages from celebrities. One of the latest to purchase such a video was former TUF competitor Vince Murdock.

The bantamweight fighter appeared on season 29 of The Ultimate Fighter, where he lost to Brady Hiestand by first-round knockout. Before that, he appeared on Dana White’s Contender Series where he suffered a third-round defeat. Prior to his current skid, Murdock was on a five fight winning streak.

The video has since made it’s way to White’s Twitter feed.

White shared the video on his social media account and hyped up Saturday’s UFC 268 card.

The brothers also wished Murdock well in his recovery. Murdock was actually previously signed to the UFC in 2019, but medical tests revealed that he had moyamoya disease, which causes narrowing of the blood vessels in the brain.

While Murdock’s recovery and return to fighting has been inspiring, he’s going to need more than a video shout-out to find his way back to the big show. However, if he can get back to his winning ways, he may find himself back on the UFC roster.

What do you think of the Island Boys newest song? Will it get Murdock signed to the UFC?