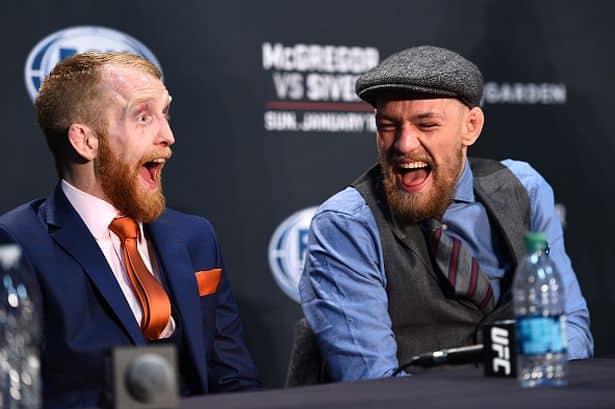 UFC interim featherweight champion Conor McGregor reignited the rivalry with Jose Aldo last night, by convincingly squashing the beef with Chad Mendes. ‘Money’ was no match for McGregor on two weeks notice, but still put up a hell of a fight in the first two rounds. In the end though, McGregor’s striking paid off, erasing the multiple takedowns that Mendes had scored by securing a second round TKO victory. The UFC brass will be elated with the final result, as it resets the tracks for the huge Aldo vs. McGregor PPV.

Neutral ground will play host to the long-standing feud settler between ‘Scarface’ and ‘The Notorious’, as UFC president Dana White confirms during the UFC 189 post-fight press conference:

“There’s a thing were we told Conor, (that) if (he) fought and beat Jose Aldo, we would let him defend at Croke Park in Ireland,” White told MMAjunkie at UFC 189’s post-event press conference. “When he and Jose fight, it will be here in Las Vegas.”

A location and date is yet to be revealed for the bout, as Aldo’s rib injury will clearly need time to get rehabilitated. McGregor will clearly want this fight ASAP, so the recently confirmed UFC 200 is probably out of the window, although it would be a very fitting venue. The new MGM arena is set to host the landmark show in July of 2016, but that’s a long way away. Aldo will surely be stripped of his title if he sits for another year without fighting, but that’s pure speculation and hopefully won’t happen.

So once again, we wait in high anticipation of what is now a champion vs. (interim) champion match. Conor McGregor vs. Jose Aldo can’t come quick enough, but our guess is as good as any when it comes to a date and venue. 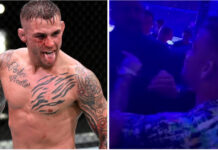