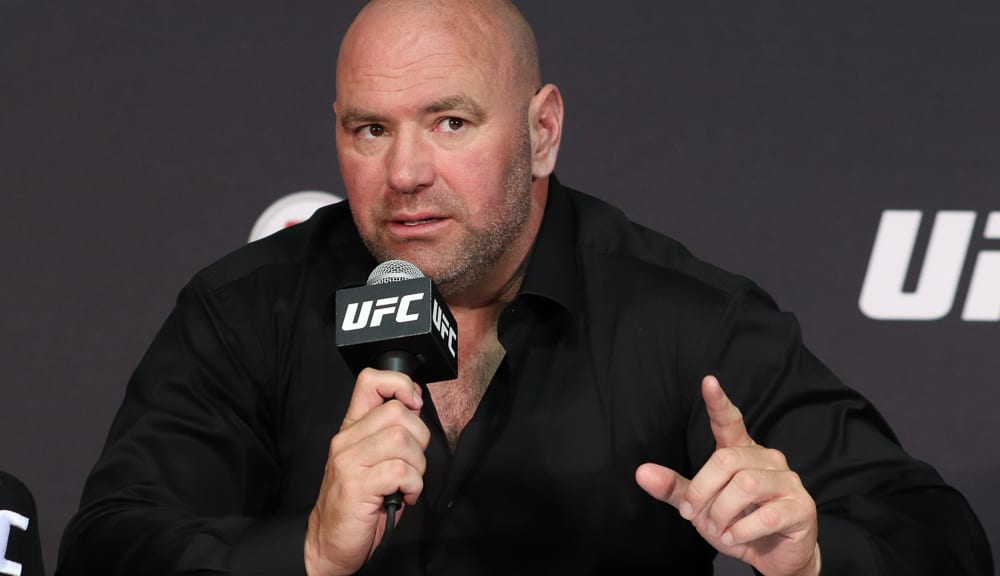 Cejudo captured the vacant UFC bantamweight title when he defeated Marlon Moraes in the main event of UFC 238. The pair headlined the pay-per-view (PPV) from the United Center in Chicago, Illinois. After overcoming a poor first round, Cejudo switched up his game-plan, brought the fight to Moraes, and ended up winning the dog fight in the third round with some nasty ground-and-pound.

Now, Cejudo is the first fighter in UFC history to have won an Olympic Gold Medal, and hold two UFC titles simultaneously. Speaking at the UFC 238 post-fight press conference, UFC President Dana White said he was “blown away” by Cejudo’s performance, and will never doubt the former Olympian again:

“I’m blown away by his performance, I’m never going to doubt that kid again,” White said. “Tonight, going into this fight, Moraes is bigger, stronger, explosive, has a ton of weapons, and he was busting his legs up. Cejudo, what he did tonight, he did it with no legs too. That guy had no legs left. I thought this fight was 10 or 12 leg kicks from being over.

“And he adapted in that second round and switched up the entire fight, running right into Marlon and trading with him. Then he gets him in the clinch and hits him with, like, 10 knees to the face and the knees to the body he was hitting him with. It was unbelievable. I am blown away.

“This guy has heard it all from, “Oh, you didn’t rally beat Demetrious. It was a fluke when you knocked out TJ.” You can’t deny the guy anymore. He’s awesome.”

After his victory, Cejudo – now dubbing himself “Triple C” – proceeded to call out the likes of Dominick Cruz, Urijah Faber, and Cody Garbrandt. With his newly-acquired accolades, Cejudo is looking to make some serious cash by challenging top names. However, White sounded less than thrilled with the prospects:

“Cruz is injured, Faber is old, and Cody Garbarndt. Got it,” White said. “I don’t know, we’ll sit down with him and figure out what he’s talking about. We’ll see what we do.”

White was then asked about the state of the flyweight division given Cejudo’s victory. At one point the UFC was making moves to completely shut down the 125-pound weight class. However, those talks seem to have dissipated after Cejudo’s flyweight title win over Demetrious Johnson.

Cejudo’s reign has breathed new life into the flyweight division, and White confirmed that the weight class is here to stay for the time being:

“100 percent, obviously him winning had a lot to do with the division,” White said. “So, yeah. Have I said that it’s going away? Did I say that it’s leaving? I haven’t even talked about that division in months. Yes, I just did (confirm the division is sticking around). It is confirmed.”