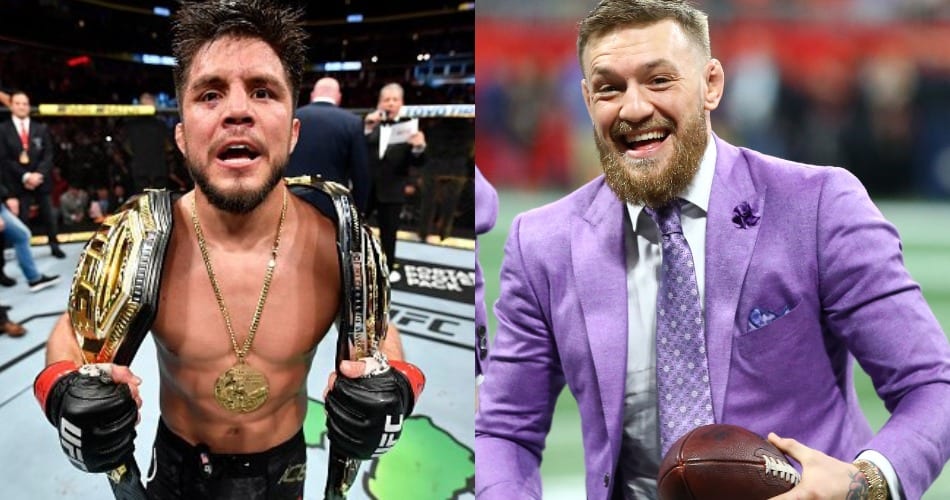 Cejudo headlined the pay-per-view (PPV) opposite Marlon Moraes for the vacant 135-pound title. “The Messenger” was able to pick up the TKO victory in the third round with some nasty ground-and-pound. Now, Cejudo not only has an Olympic gold medal; but he also has UFC titles in the flyweight and bantamweight divisions.

One man who knows a thing or two about having titles in different weight classes simultaneously is Conor McGregor. The Irishman held both the featherweight and lightweight titles in the UFC at one point. He took to Twitter shortly after Cejudo’s victory to welcome the new Champ Champ to the club:

It will be interesting to see what’s next for Cejudo. At bantamweight, Petr Yan and Aljamain Sterling picked up big wins earlier in the night from Chicago. Perhaps one of those men could challenge for Cejudo’s new bantamweight throne first. He also has obligations as the 125-pound title holder. It remains to be seen which title he plans on defending first.

As for McGregor, his return to the Octagon remains in question. The Irishman wants to get back into the cage soon, seeking a rematch with 155-pound champion Khabib Nurmagomedov. However, “The Eagle” will first defend his title against Dustin Poirier at UFC 242 in Abu Dhabi.