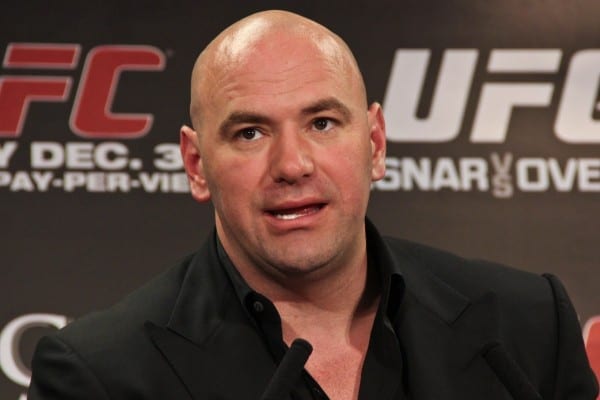 UFC light-heavyweight champion Jon Jones has certainly come under fire this past month, having failed a drug test for cocaine in December 2014, the results of which were made public just three days after his UFC 182 win on Jan. 3rd 2015. We are all aware of the backlash that the failed test caused, but perhaps more riling was the ‘Jon Jones rehabilitation story’.

The 205-pound champ allegedly stayed just one night in a New Mexico drug treatment center, leading most UFC fans to believe that it was merely a PR stunt to save face for the promotion’s marquee champion. According to Dana White, the whole Jon Jones rehabilitation story is being wrongly perceived. Check out what the UFC president told Jim Rome, transcribed by MMAFighting.com:

“Everybody was talking about, ‘Oh, he really didn’t go to rehab.’ He went for a 24-hour evaluation into rehab,” said White. “They evaluated him for 24 hours. When the 24 hours was up they said, ‘You are not an addict.’ OK? But my thing was if you’re doing that four weeks before the biggest fight of your life there’s some type of problem there. There’s something wrong.”

Of course the champ needs to be given support at this stage, but that didn’t stop the UFC from fining him £25,000 for the infraction, even though it was a mistaken test. So what is the plan moving forward for “Bones”? DW says that the stricken champ is still in counselling as we speak:

“He’s doing out-patient counselling now,” said White. “He’s talking to counselors. I just want to make sure … this kid has so much talent. It’s always the guys with tons of talent that you go, ‘Why is this guy doing this?’ I want to try to help the guy.

“They said he didn’t need to stay there. If they would have determined that he needed to stay he would have stayed.  It is what it is,” said White. “I think the kid is growing up and maturing. He is as a fighter, for sure. We’ll see what happens.”

Make what you will of those statements, but one thing is for sure above all else; the UFC have taken a hit with this whole situation, perhaps not in terms of money, but more in integrity. That being said, there’s no telling at this stage whether the whole saga will add to Jones’ appeal to fans as a heel, or whether PPV (Pay-Per-View) customers will think twice about reaching in their wallets.

Young as he is, perhaps Jon Jones would be wise to put his partying days behind him, what do you think?