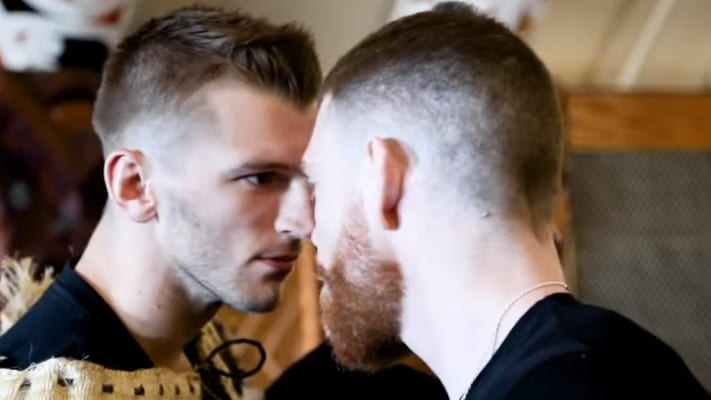 Dan Hooker and Paul Felder put their differences aside while greeting each other in traditional Maori fashion.

Hooker and Felder meet in the main event of UFC Auckland this Saturday in what is a pivotal lightweight bout. Things between the pair are also heated, especially after Hooker took issue with Felder mocking his last name. “Hangman” also wasn’t a fan of Felder stating that he wanted to knock him out in front of his friends and family.

It only promises to make their matchup that much more exciting. For now, things were a bit more cordial when they went face-to-face with a traditional Maori greeting. However, there was still a bit of tension in the air.

Despite their animosity, Hooker claimed he would have never done anything during that moment because it would have disrespected the Maori culture.

“Accepting and coming in, the Maoris are a place of peace,” Hooker stated later in the video. “You can’t bring in any tension like that to a Maori. It would have been incredibly disrespectful of me to push him or shove him. … I have too much respect for the Maori culture to do anything silly.”

What did you make of Hooker and Felder going to face-to-face?