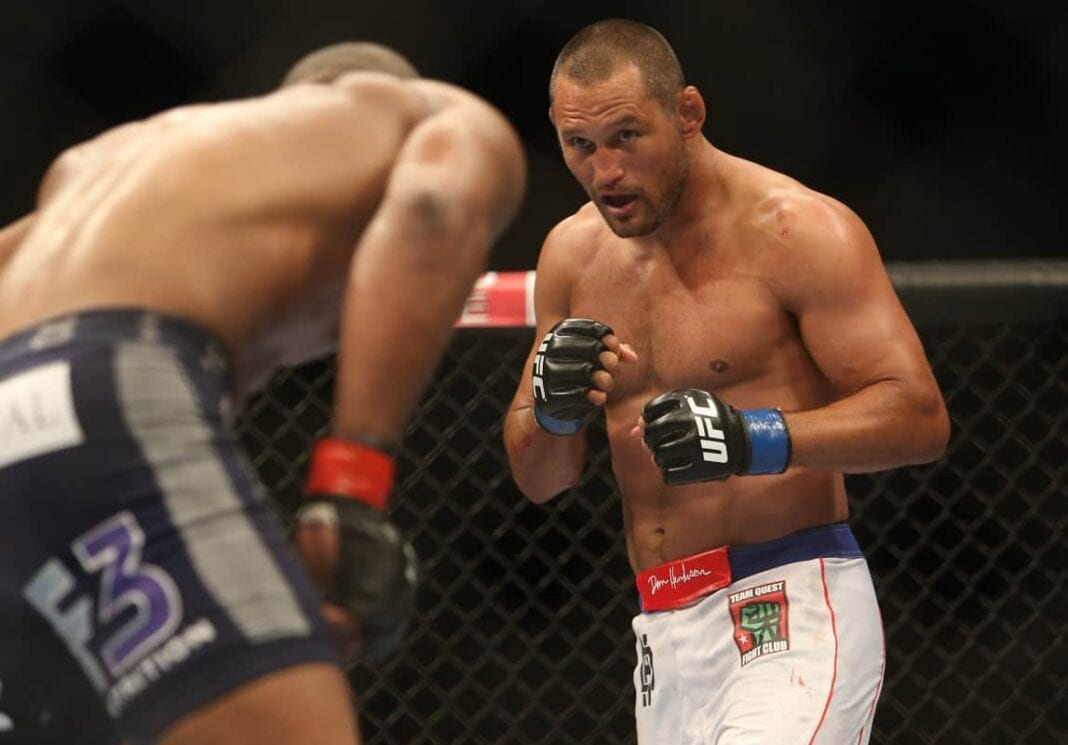 Legendary former Pride and Strikeforce champion Dan Henderson has been out of action since he was absolutely mauled by Daniel Cormier in a co-main event mismatch at May 24’s UFC 173 pay-per-view (PPV) from Las Vegas.

The loss sent “Hendo” to his fourth defeat in five fights, with his only victory a come-from-behind knockout of Mauricio “Shogun” Rua at UFC Fight Night 38 in March. The normally iron-chinned slugger has been getting finished much more than usual as of late, and that’s to be expected for a 43-year-old fighter. However, as he’s stated before, the downward streak isn’t going to force him into retirement.

In fact, he’s planning on returning to the cage early next year.

Henderson told MMA Fighting that his plan is to return at January 3’s UFC 182, where Cormier will battle champion Jon Jones in their highly anticipated grudge match. Henderson has been rumored to be making the move back down to middleweight, but when asked if he would be fighting at 185 or 205 pounds, the always-nonchalant “Hendo” said it “doesn’t matter.”

But it indeed may matter, as it’s painfully obvious that Henderson simply can’t contend with the current crop of top light heavyweights. Sure, he’ll always have that one-punch knockout power that has overshadowed his many other deficiencies in the past, but it could be argued that the “H-bomb” may not have quite the snap it once did when Henderson was granted endless therapeutic use exemptions (TUEs) for the now-banned testosterone-replacement therapy (TRT).

Even if that’s not the case, a move back down to middleweight could definitely benefit Henderson. He last fought at 185 pounds in a failed bid at Jake Shield’s Strikeforce middleweight title in April 2010. Rocking Shields early but failing to seal the deal, he was subsequently smothered over the course of five rounds, blaming the drastic weight cut for his lack of energy.

At his age, that could hinder him once again, but he should also have an easier time handling the lighter fighters. Still, middleweight is currently populated with a long list of top-level talent right now, and it’s hard to imagine a scenario where “Hendo” beats any of the best.

But he could provide some exciting fights with some of the mid-level middleweights provided he can make the cut effectively. With the losses mounting, Henderson appears focused on making a UFC return.

Are there any fights you’d like to see him in, or is it simply time for the legend to hang up the gloves?