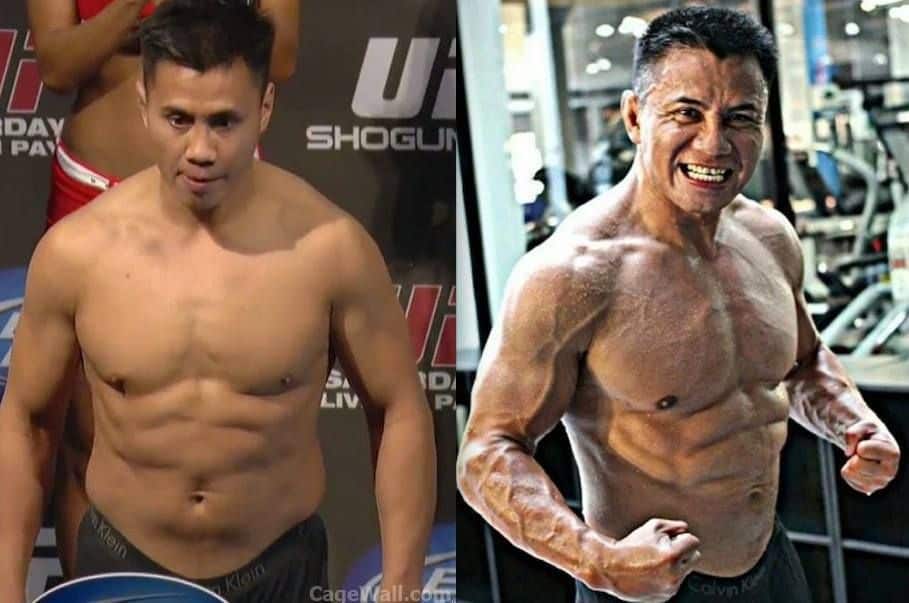 In news that will surprise no one, UFC middleweight Cung Le has tested positive for an excess amount of Human Growth Hormone (HGH) prior to his UFC Fight Night 48 loss to Michael “The Count” Bisping from Macau.

The above photo of the 42-year-old Le looking especially ripped surfaced heading into his fight with Bisping, who requested and received additional testing for both fighters for the August 23 bout. Le vehemently denied any performance-enhancing drug (PED) use, saying the photo was taken in the right light, but now we know that’s simply not the case.

The UFC released a statement on the failure tonight:

UFC middleweight Cung Le tested positive for an excess level of Human Growth Hormone in his system following his fight at UFC Fight Night in Macao, China on August 23. Due to his positive test result, Le was suspended by the UFC and notified that he violated the UFC Fighter Conduct Policy and Promotional Agreement with Zuffa, LLC. The UFC has a strict, consistent policy against the use of any illegal and/or performance-enhancing drugs, stimulants or masking agents by our athletes. Le will serve a nine-month suspension and, at its conclusion, will need to pass a drug test before competing in the UFC again.

Le was foolish to try to cheat the system, as PEDs have been one of the most hotly debated topics in MMA over the past year. Le had been out of action since a 2012 win over Rich Franklin, and he bit off more than he could chew in the angry No. 7-ranked Bisping.

The enhanced drug tests, which are conducted by the UFC when events take place overseas, proved “The Count’s” assumptions correct and could spell the end for Le in the UFC.