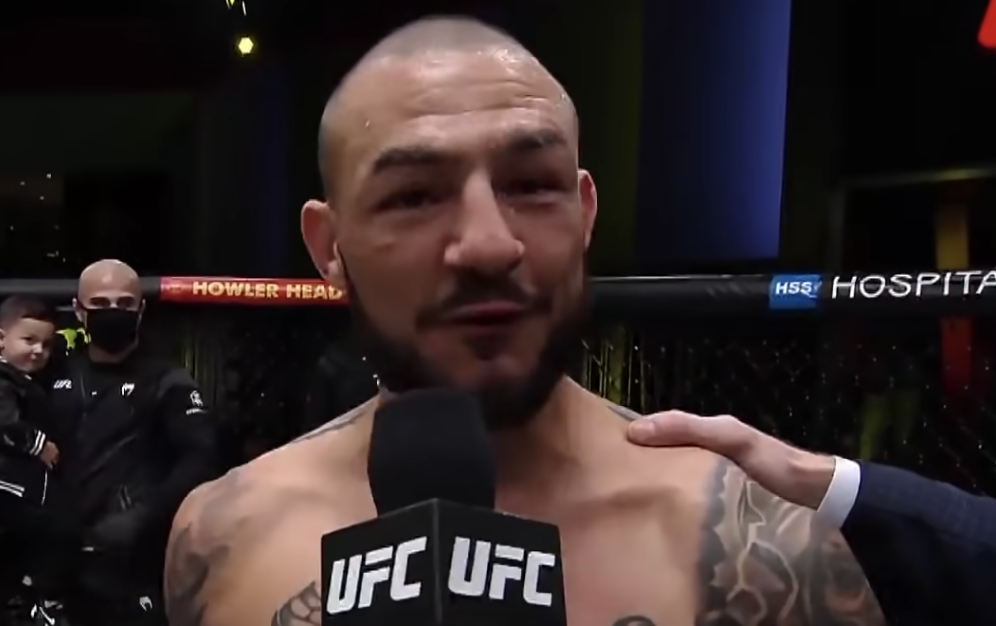 Cub Swanson could find himself fighting at bantamweight next.

Swanson swarmed Elkins dropping him a couple of times before referee Herb Dean saw enough and called an end to the contest.

It was an emotional victory for Swanson who is now at the tail-end of his fighting career. Before he calls it a day, he wants to achieve a few things and one of them is fighting at bantamweight.

“I had talked about maybe dropping to 135, just to switch it up, try something new,” Swanson said at the post-fight press conference (via MMA Junkie). “I know I can make it. I don’t know how difficult it would be. This was one of the easier cuts I’ve had.

“I just feel like I’m naturally a little lighter than I used to be. I guess I’m just not holding on muscle like I was before. That’s a possibility.”

Another thing on Swanson’s bucket list is fighting in front of his home fans.

“The one thing that I would love to do still is they’re building a big arena, a 10,000-person arena, in Palm Springs,” Swanson said. “That’ll be done by the end of the year. If I can get the UFC to have a Fight Night in Palm Springs, I’d stick around for that for sure.”

Should things work out and he ends up competing at bantamweight in Palm Springs, who is Swanson’s ideal opponent?

“Probably Urijah Faber,” Swanson added. “See who the real ‘King of Cali’ is.”

What do you think of a Cub Swanson vs. Urijah Faber fight at bantamweight?