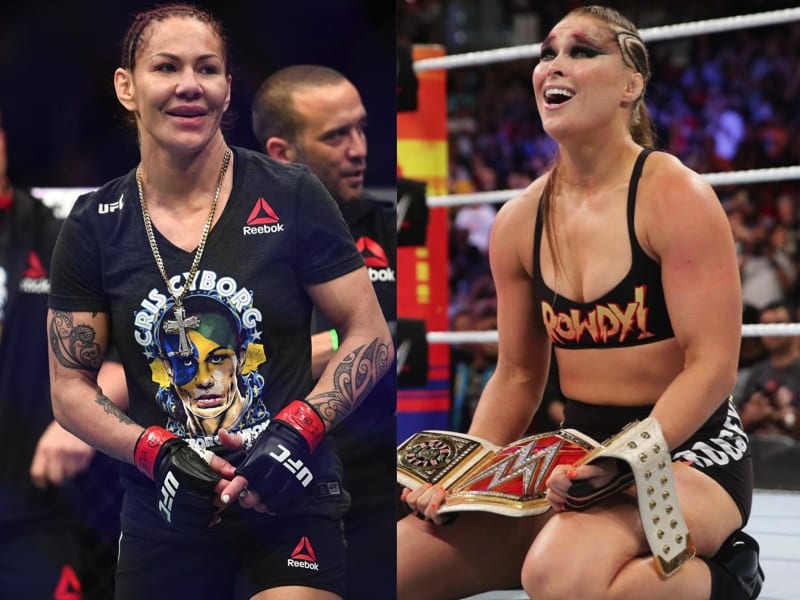 Last night (Sun. August 19, 2018) the WWE held its annual SummerSlam pay-per-view (PPV). Due to what transpired, it’s no surprise that Cris Cyborg reacts to the event.

On the card was former UFC women’s bantamweight champion Ronda Rousey. Rousey challenged Alexa Bliss for the RAW Women’s Championship. “”The Rowdy One” defeated Bliss with her armbar for the submission victory.

As a result, Rousey is now the WWE RAW Women’s Champion. It is her first title of her professional wrestling career. Rousey’s longtime rival in the world of mixed martial arts (MMA), Cris Cyborg, offered her thoughts on the occasion.

Congrats to the baddest woman on the planet @rondarousey on the first of many @wwe belts.

Sincerely,
The most feared woman on the planet. #cyborgnation pic.twitter.com/kPmGxABuYd

Rousey has really taken to the world of professional wrestling nicely since debuting back in April. She picked up her first win inside the squared circle at WrestleMania 34. Rousey teamed up with her fellow Olympian Kurt Angle and defeated Triple H and Stephanie McMahon.

She previously had a RAW Women’s Title match with Nia Jax but had that opportunity thwarted due to interference from Bliss. However, Rousey got sweet revenge last night when she took the title off Bliss at SummerSlam last night.