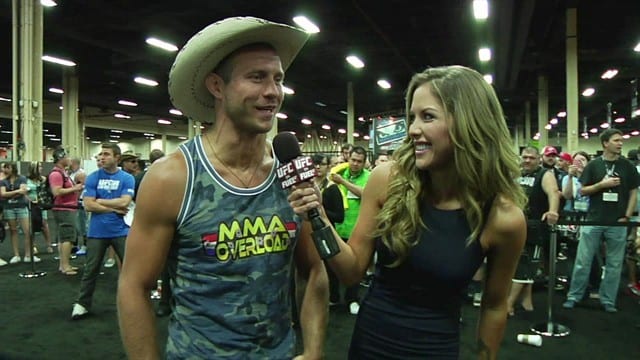 Coming off of his impressive R2 TKO win over Rick Story at UFC 202 earlier this month, Donald ‘Cowboy’ Cerrone has landed himself a role on a brand new limited Netflix series called “Godless” which was created by Scott Frank and Steven Soderbergh.

Cerrone announced the news on The Joe Rogan Experience podcast yesterday (August 30, 2016) revealing he would be part of a train robbery gang:

One of the show’s creators, Scott Frank, is an Academy Award nominated writer as a result of his work on the film “Get Shorty”.

Co-creator Steven Soderbergh is a former Academy Award winner himself for Best Director back in 2000, and will also serve as the show’s executive producer as well.

You can check out a quick synopsis of the show from The Hollywood Reporter here:

The project, from Steven Soderbergh and Scott Frank, is set in 1884 and centers on Frank Griffin (Daniels), a menacing outlaw who is terrorizing the West as he hunts down Roy Goode (Unbroken’s Jack O’Connell), his son-like partner turned mortal enemy. While Roy hides at Alice Fletcher’s ranch, Frank’s chase leads him to the quiet town of La Belle, N.M. — which is mysteriously made up of entirely women.