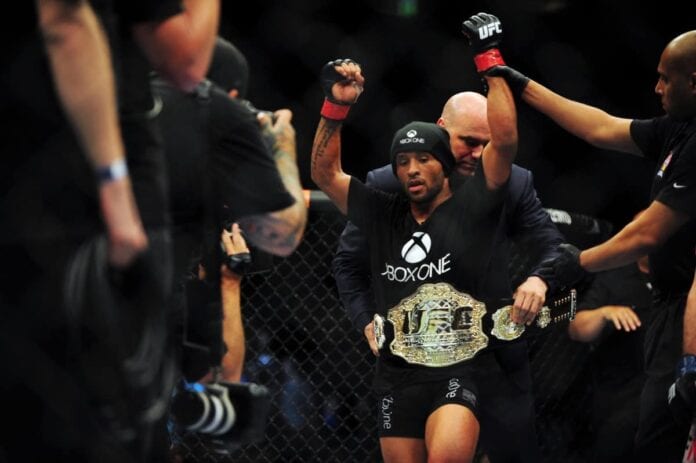 This Saturday night (September 27, 2014) the action-packed UFC 178 pay-per-view (PPV) event will go down from the MGM Grand Garden Arena in Las Vegas, Nevada. Featuring a flyweight championship headliner between Demetrious “Mighty Mouse” Johnson and Chris Cariaso, the event promises to be the most stacked PPV of 2014 thus far.

Johnson was last seen demolishing Ali Bagautinov with a one-sided decision in the main event of June 14’s UFC 174 from Rogers Arena in Vancouver, British Columbia, Canada. “Mighty Mouse” has railed off four straight title defenses over John Dodson, John Moraga, Joseph Benavidez, and Bagautinov. He’s cleaned out the Top Five of his division, so now it’s on to No. 8-ranked Cariaso.

“Kamikaze” has quietly won three straight over Iliarde Santos, Danny Martinez, and Luis Smolka. However, he’s yet to face off with anyone even close to the caliber of the surging “Mighty Mouse.” He no doubt has proficient striking and a solid all-around game, but if he were to defeat Johnson for the belt it would have to be considered one of if not the biggest upset in UFC history.

We kicked off UFC 178 fight week with the Countdown videos for Conor McGregor vs. Dustin Poirier and Donald Cerrone vs. Eddie Alvarez earlier today. Check out the build-up for the main event in Countdown to 178: Johnson vs. Cariaso below: