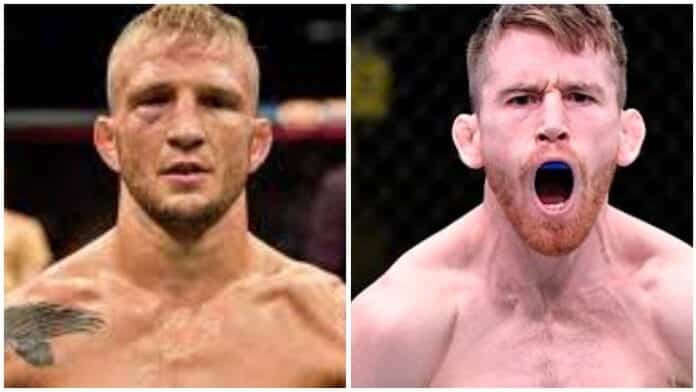 The fight between Cory Sandhagen and TJ Dillashaw might be delayed for a month.

That’s according to Sandhagen’s Elevation Fight Team Justin Wetzell who claimed Tuesday that Dillashaw sustained a cut in training and has pushed the fight back to June.

“Desperate TJ must not have liked what he seen on tape and needs more time, he’s pushing the fight back to June because of a “cut” sustained in training.”

While it’s a blow to the card and fans who were expecting to see the fight in a little under two weeks, it’s not the worst news, if true, given that the delay is only for a month.

And of course, nothing is confirmed as of yet so we’ll just have to wait and see what develops in the coming days.

What can be confirmed is that this is one heck of a fight which has a somewhat heated edge to it following comments from the two former training partners.

The winner will likely challenge for the bantamweight title next — after Petr Yan gets his rematch with Aljamain Sterling, of course.