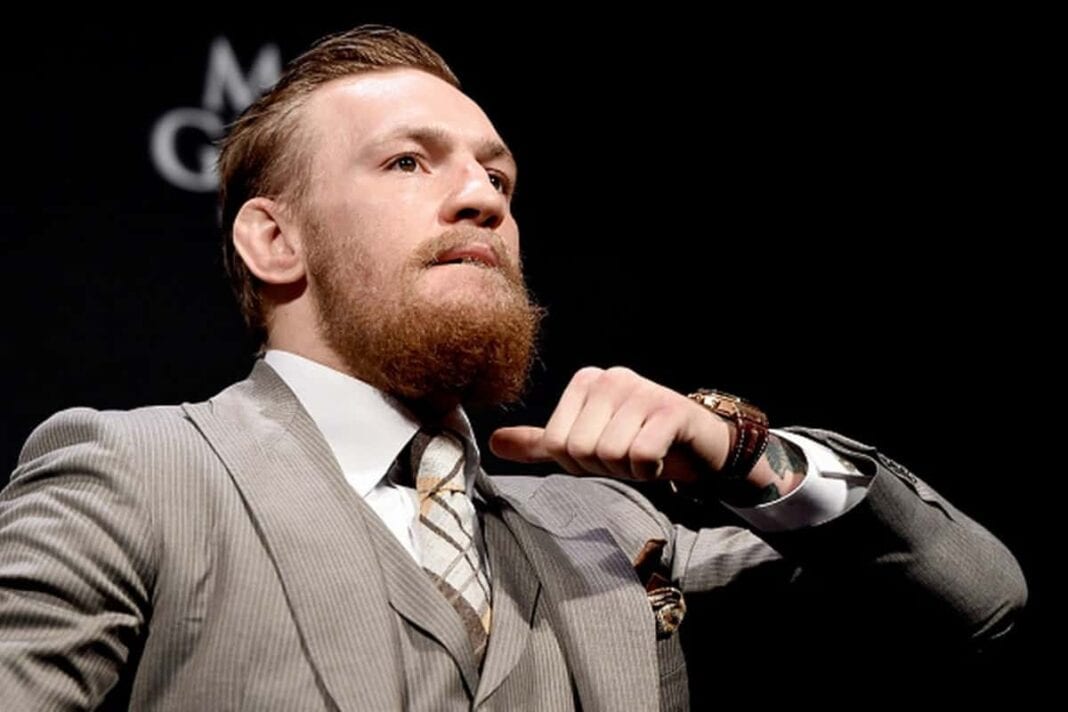 UFC interim featherweight champion Conor McGregor has made a habit of predicting the round and method of his victories in his biggest UFC fights thus far. He fulfilled his prophecy of a second round knockout against Chad Mendes at UFC 189, and is now fully focused on his UFC 194 task against the only ever undisputed featherweight boss Jose Aldo. It’s truly a mountain for any contender to face, but you won’t get any doubt in the mind of ‘The Notorious’.

Speaking to Damon Martin of FOX Sports, McGregor says he hopes that Aldo actually shows up to fight, so he can end the Brazilian’s career in December:

“If he never shows up, that’s not on me — that’s on him,” McGregor told FOX Sports. “I do feel like this is the real belt. I feel like he was more than capable of showing up to fight. If he doesn’t show up, that’s not my business. I’ll show up, I’ll be there like I was July 11. Of course I would like him to show up and be a man and take his beating like a man.”

“Of course that’s scary. You go through all this again and he pulls out again. But there are other questions that will still be asked. The show will go on,” McGregor said. “Hopefully, he will man up and show up and relinquish the belt and be done with the career.”

‘Scarface’s’ injury before UFC 189 became heavily debated, and his ‘shady’ run-in with random drug testers also gave McGregor a ton of ammo to fire the champ’s way. Not satisfied with just his nemesis Aldo, ‘The Notorious’ says that he would KO the last man to beat him, Joe Duffy, if the chance came up:

McGregor on Duffy: If the opportunity presents itself, I will KO him stiff.

Check out the rest of the quotes from the interview as per the FOX Sports twitter feed:

When asked about Poirier and Duffy headlining Dublin card, McGregor responds: I like bringing in revenue for the company.

Once again Conor McGregor is on full blast mode, promoting himself how only he can, with his interesting mix of high IQ, and also somewhat low brow jives. Love him or hate him, the guy can certainly spin a yarn and back it up in the octagon.