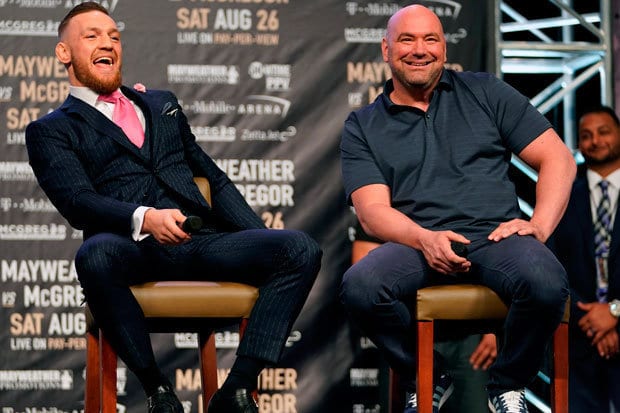 Conor McGregor is headed for perhaps the biggest MMA payday of all-time when he faces Khabib Nurmagomedov in the main event of October 6’s UFC 229. But McGregor’s promotion company is a different story altogether.

For example, the company runs the website themaclife.com, which focuses on McGregor’s mixed martial arts career and other ventures. The company also sells the MacTalk app on iTunes. McGregor obviously made out like a bandit for his boxing match against Floyd Mayweather in 2017, earning a reported million. He’s unlikely to feel the effects of a $416,282 loss by the company as a result.

But despite his success in 2017, McGregor Sports and Entertainment Ltd. floundered. It had experienced a successful 12-month trading period in earnings reported before the 2017 slide. But the company’s cash reserves decreased to 381,654 in 2017. McGregor is the main shareholder in the company.

McGregor shouldn’t be affected, again, as his other business interests are taking off in a big way.

He recently launched his Proper Twelve Irish Whiskey brand. The liquor is selling so well that some stores have put a two-bottle purchase limit on it. McGregor will obviously return to face Khabib in qhat is being billed as the biggest mixed martial arts (MMA) bout of all-time. Proper Twelve is an official sponsor of the fight, greatly furthering McGregor’s earning potential as a result.

McGregor has even more outside-the-cage business avenues. He plans to start a clothing line called “August McGregor” with tailor David Heil, the founder of David August. The company plans to not only release tailored suits but also jeans and more casual fair. McGregor discussed the clothing venture:

“They’ll be in retail stores, and we’ll build an online shopping site to rival Net-A-Porter, who makes $66 million profit a year. I love fashion and I get to design clothes. It’s like fighting; it’s all about the small details.”

The Irish megastar is also a “social media powerhouse” with millions of followers on Instagram, Facebook, and Twitter. His fanbase makes him worth tens of millions to his sponsors.

He is currently sponsored by fast-food giant Burger King, headphone company Beats by Dre, and energy drink producer Monster Energy, among others.