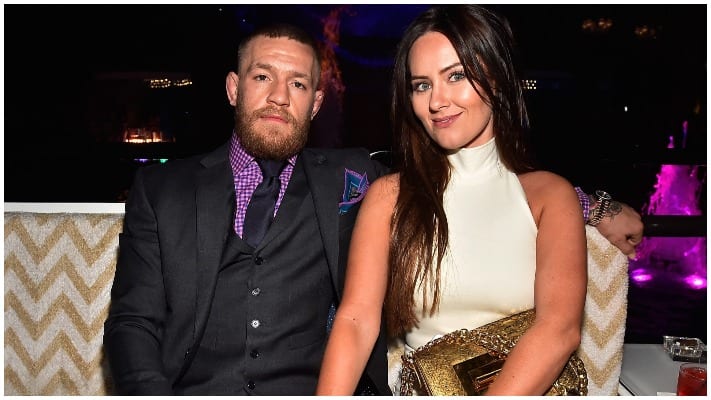 McGregor shared the good news on an Instagram post Monday morning. After announcing that they were expecting over the holidays, McGregor and his fiancé Dee Devlin gave the world the first glimpse of their new bundle of joy. This is the couple’s third child together, joining four-year-old Conor Jr. and their two-year-old daughter Croia.

“The McGregor clan is now a family of 5,” the former double-champ wrote to his fans. “Healthy baby boy delivered! Baby and Mammy Wonder Woman are doing great! God I thank you for everything you give to me and my family in this world. My new born son, Rian McGregor.”

The birth of their child comes after what has been a phenomenal year for the family. Despite losing his only fight of 2021 so far to Dustin Poirier, UFC 257 proved to be a massive success and showed that McGregor is still the biggest draw in the company. On top of that, after selling the majority stakes in his Proper No. Twelve Whiskey company, Forbes magazine named McGregor the highest paid athlete of the year.

McGregor will look to keep his current run of good fortune going when he returns to the octagon July 10 for the final bout of his trilogy against Dustin Poirier at UFC 264. ‘The Notorious One’ claimed victory in their first meeting back in 2014, when he knocked out ‘The Diamond’ in the first round. Poirier was able to even the scorecard in January, scoring a knockout of his own at the aforementioned UFC 257. The rubber match between the two former lightweight champions is expected to be one of the highest-selling cards the UFC has ever put together. The winner will most likely be given the opportunity to reclaim gold against newly crowned champion Charles Oliveira in their next fight.

Perhaps the added motivation of having a new member join the family will help push McGregor to victory in his next fight.

All of us at LowKick MMA send our sincerest congratulations and best wishes to Conor McGregor and his family.