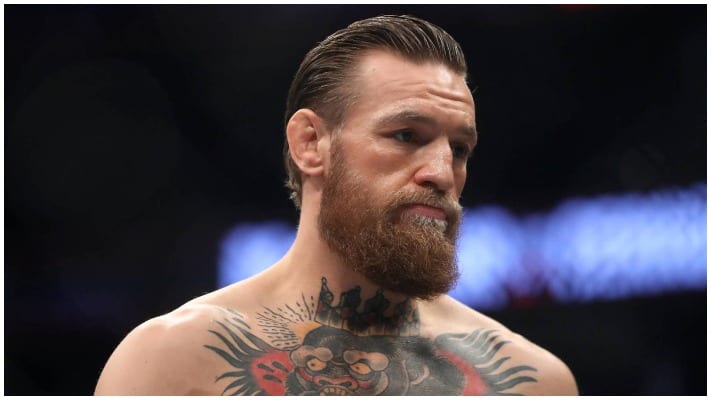 UFC superstar Conor McGregor has vehemently denied allegations of attempted sexual assault and indecent exposure. ‘Notorious’ was reportedly arrested on Thursday in France in connection with the crimes but was later released.

The former dual weight UFC champion has been sailing around the Mediterranean on his yacht recently, but things seem to have got out of hand on Thursday. McGregor is accused of attempted sexual assault with reports in France claiming the alleged incident took place in a bar.

A court official in Corsica sent a statement to the Agence France-Presse confirming McGregor’s arrest, it read.

“Following a complaint filed on September 10 denouncing acts that could be described as attempted sexual assault and sexual exhibition, Mr. Conor Anthony McGregor was the subject of a hearing by the gendarmerie services.”

According to a report from TMZ the alleged incident took place in a bar in Corsica. McGregor’s representatives told the publication their client strongly denies any wrongdoing.

“Conor McGregor vigorously denies any accusations of misconduct,” McGregor’s representatives said. “He has been interviewed and released.”

McGregor’s manager Audie Attar later told MMA Fighting his client will not be a target for people trying to score a quick pay day.

“I am irate and putting out a warning loud and clear: Conor McGregor is not and will not be a target for those seeking to score a headline or a payday,” Attar said.

McGregor is currently retired from fighting after becoming demotivated due to the lack of fights available to him. The Irishman was last seen in action at UFC 246. He picked up a 40 second TKO victory over MMA veteran Donald ‘Cowboy’ Cerrone back in January. Earlier this week McGregor teased a comeback. The 32-year-old posted to social media showing he is still being tested by USADA while simultaneously taking a shot at his long-time rival Nate Diaz.

Do you think Conor McGregor is being targeted because of his celebrity?