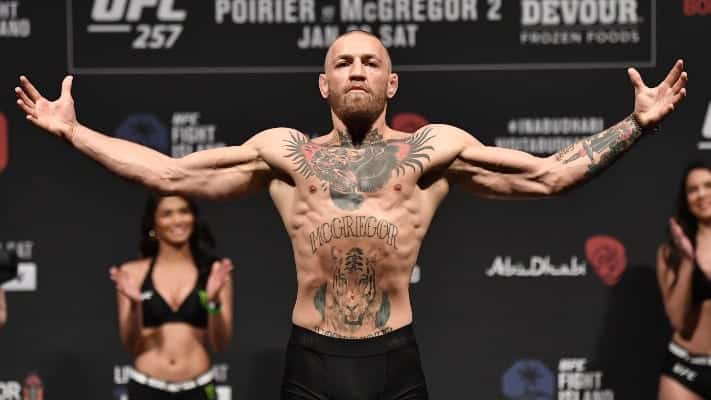 Conor McGregor has been one of the latest targets for a potential future boxing match with YouTuber turned Boxer Jake Paul, as the irishman gets ready to compete at UFC 264 against Dustin Poirier.

However, Paulie Malignaggi, who trained with McGregor leading up to his Boxing debut fight against Floyd Mayweather, doesn’t think that ‘The Notorious’ stands much of a chance against the up-and-coming Paul.

“If they would fight right now, I would pick Paul over McGregor,” Malignaggi said in an interview with YouTuber SnowQueenLA. “The one question mark I have about Paul is how he keeps his emotions in check, and how he deals with fighting a fighter and not a basketball player or a YouTuber.”

The former Boxer and McGregor have had their beef in the past, with the two going back-and-forth about a viral sparring session leading up to the Mayweather fight. Malignaggi also competed against McGregor’s teammate, Artem Lobov in a Bare Knuckle Fighting event in late 2019, a fight in which he lost by decision.

Paul is coming off his impressive first-round knockout win against former UFC welterweight Ben Askren, and is currently pondering who his next opponent could be. Options include former UFC champions Tyron Woodley and B.J. Penn, along with current Bellator fighter and McGregor teammate Dillon Danis.

Paul has been calling for a fight with McGregor ever since he knocked out former NBA star Nate Robinson in his second fight in the boxing ring. He has previously offered McGregor’s team $50 million dollars for a potential Boxing match, but the UFC star has appeared to be uninterested in the fight as of now.

McGregor is currently getting ready for his trilogy fight with Poirier in July, a big fight in the UFC’s lightweight division. The winner of the trilogy is almost surely to get the next lightweight title shot, with Michael Chandler and Charles Oliveira competing for the vacant belt at UFC 262 next month.

While it seems unlikely that the two will compete in a Boxing ring anytime in the near future, the prospect of seeing them fight is sure to draw the interest of fans and critics of the two polarizing athletes alike.

What do you think would happen if Conor McGregor and Jake Paul fight in a Boxing match?