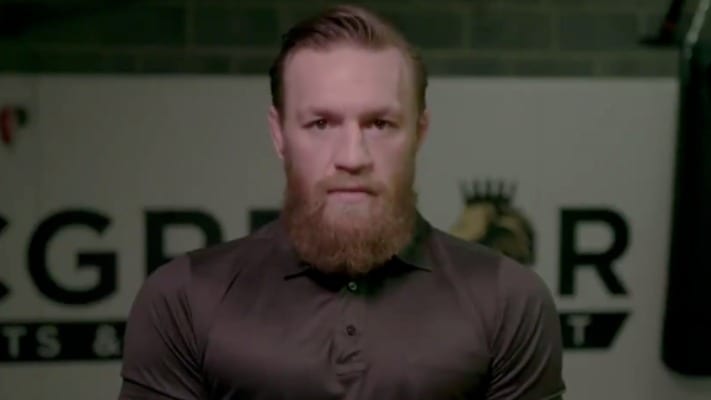 Conor McGregor makes his long awaited return to the Octagon for UFC 257 this coming weekend. The event is generating huge levels of excitement through the sporting world. However, it was not long ago that fans thought that they may have seen the last of the ‘Notorious’ one. In June of 2020, McGregor shocked followers of the sport by announcing his retirement through Twitter.

However, this retirement was quickly U-turned, as McGregor lobbied for a fight against former opponent, Dustin Poirier. After extended negotiations, the fight was once again booked. And once again Conor McGregor will headline the first PPV of the year.

With the first Fight Night of fight island 3 already off to a massive success, McGregor is now in full flow, promoting his upcoming bout. In an interview with Ariel Helwani, on ESPN’s Youtube channel, the Notorious one detailed the reasoning behind his initial retirement. He also swiftly dispelled any rumours of him retiring in the near future.

“I’ll probably never retire from the game, to be honest,” McGregor said to Helwani. “I’ll be competing for a long, long time yet. It is certainly brought out of frustration when you’re trying to get these events going. You’re trying to get things moving and it’s just not happening. It felt like I was shelved almost. I felt like if I’d have been ran out a couple of more times that year, not only would my skill set and my sharpness and everything be in tune a lot more, we’d also be talking about $800 million in revenue for the company, it was certainly out of frustration.

“The past is the past. We’re in a great spot now. I felt like I’ve got what I needed to get off my chest and I felt like it’s been reciprocated well, it’s come back, the other side has come back as well. I’m in a great spot and I’m excited to come back and that’s what we’re at. We’re focusing on the positive side of it and we’re focusing on the future.” (Transcribed by MMA Fighting)

It is clear that the retirement tweet was merely a product of McGregor’s frustration, both in regards to multiple failed negotiations, as well as the pressure the pandemic put on everybody. However, it is now in the past, and McGregor will look to launch himself right back into the Lightweight division. If everything goes as planned for McGregor, there may once again be a champion with that tri-colour flag wrapped around his shoulders by the end of the year.

How do you see the main event of UFC 257 going?