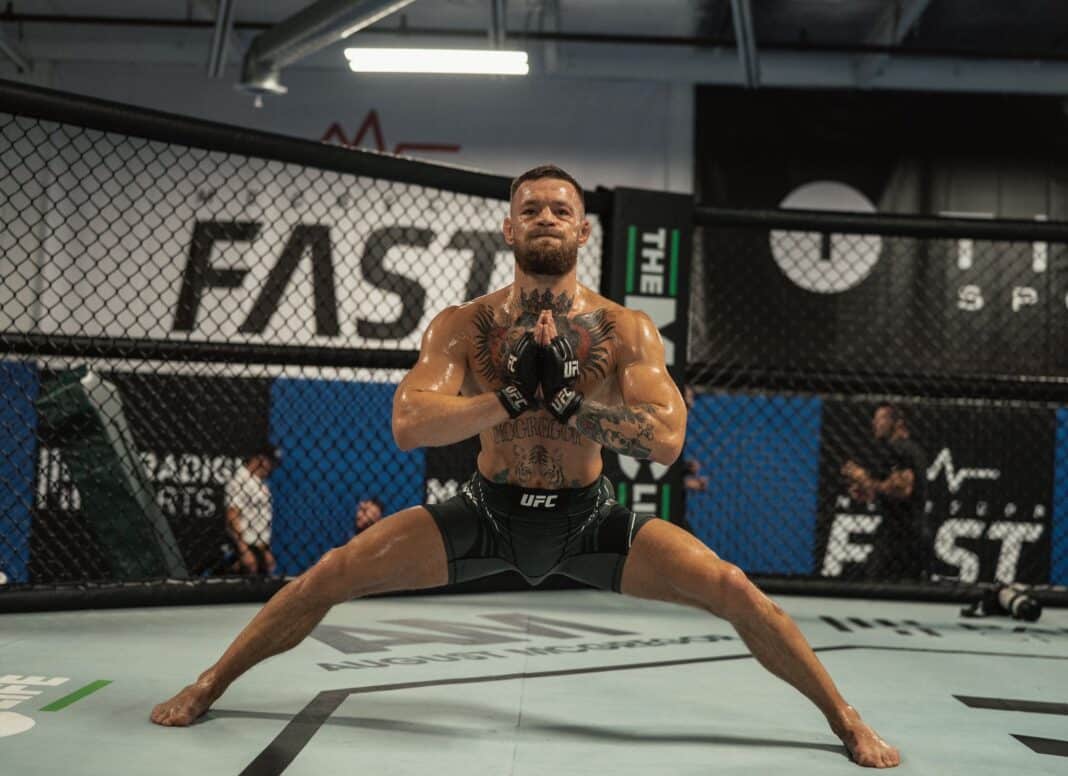 McGregor, who returns for the first time since January, meets with Poirier in a trilogy rubber match — having dropped a second round knockout to the Lafayette striker on ‘Fight Island’ at the beginning of the year — in a re-run of their September 2014 featherweight clash.

Earlier this week, the Crumlin native posted a voice note on his official Twitter account — calling out ‘Peahead’ Poirier, a moniker he had issued to the American Top Team mainstay ahead of their UFC 178 matchup seven years ago.

Last night, McGregor shared a screenshot from what appears to be his official Instagram account, however, the authenticity of the image is yet to be verified. In the screengrab, McGregor appears to have received a direct message request from Jolie Poirier, under the username mrsjoliepoirier. The image shared by McGregor doesn’t contain any message from Poirier, with the Dubliner yet to respond to Instagram’s prompt to ‘block’, ‘delete’, or ‘accept’ the message request from Poirier.

Ahead of their rematch earlier this year, both Poirier and McGregor shared quite a cordial build-up to fight night as well as post-fight, with Poirier gifting the Dubliner a bottle of his Louisiana Hot Sauce at the pre-fight ceremonial weigh-ins.

Prior to January, McGregor had also offered to make a charitable donation of $500,000 to Dustin and Jolie’s charity, The Good Fight Foundation, however, after making a prediction ahead of their third outing, McGregor was met with a response from Poirier — who claimed that he had failed to follow through with his donation pledge.

“Fight week, he (Conor McGregor) said he was going to donate some money to my foundation — The Good Fight Foundation,” Poirier said. “His team reached out to my foundation (during) fight week and were very responsive, replied to emails daily. (They) got all of our banking info for the foundation to start the transfer of funds. The fight happens. They completely stopped responding to emails. So that’s why i went public with the tweet. He was being cute online saying his prediction, he’s going to knock me our with a front kick. And I said, you also predicted a donation to my foundation. So I was just kind of poking back at him.“