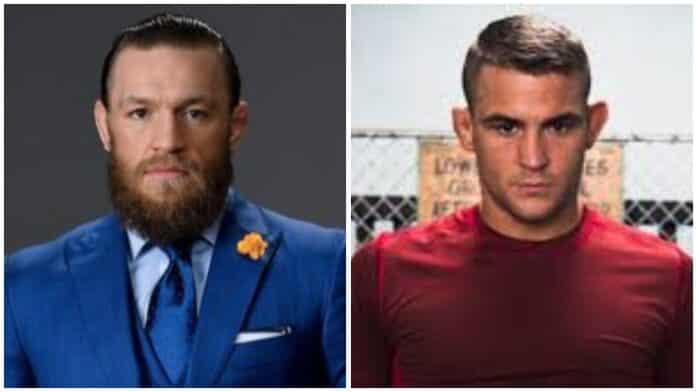 Conor McGregor had an eerie and rather funny message for Dustin Poirier before their highly anticipated rubber match at UFC 264.

Gone are the days of Conor McGregor showing respect to Dustin Poirier. The Notorious One took to Twitter to send a personal voice message to his UFC 264 opponent.

In the audio, McGregor calls Poirier a “peahead” before letting him know that he’s “coming for” him. The words are not what stand out about the voice message; it’s how the former two-division champion delivered them. In barely more than a whisper, McGregor delivers the message in a sing-songy cadence that reminded us of the creepy little girls in the 80’s horror film A Nightmare on Elm Street. Not only is it weird and a bit creepy; it’s also hilarious to hear McGregor sound like this.

Unlike the second time they fought, McGregor and Poirier chose a less friendly and respectful approach to the lead-up of their rubber match. Both men have called each other out on social media and Poirier has chosen not to take the high road, which surprised many fans.

Tensions have heated up faster than the temperatures in Vegas during the month of July. McGregor went on a tweetstorm last week, with Poirier not hesitating to respond.

As McGregor and Poirier prepare to end their trilogy this weekend at UFC 264 in Vegas, much remains to be seen. Is McGregor’s return to the mind games he employed in their first outing is a sign that he believes Poirier is still as easily rattled as he was in the past? Or is Poirier correct in that McGregor may be feeling insecure coming into the rubber match? Either way, one thing is for sure. When the Octagon door is closed for this Saturday’s main event, there will be a lot less singing and a lot more swinging.

Do you think Conor McGregor’s taunting and eerie message will rattle Dustin Poirier?