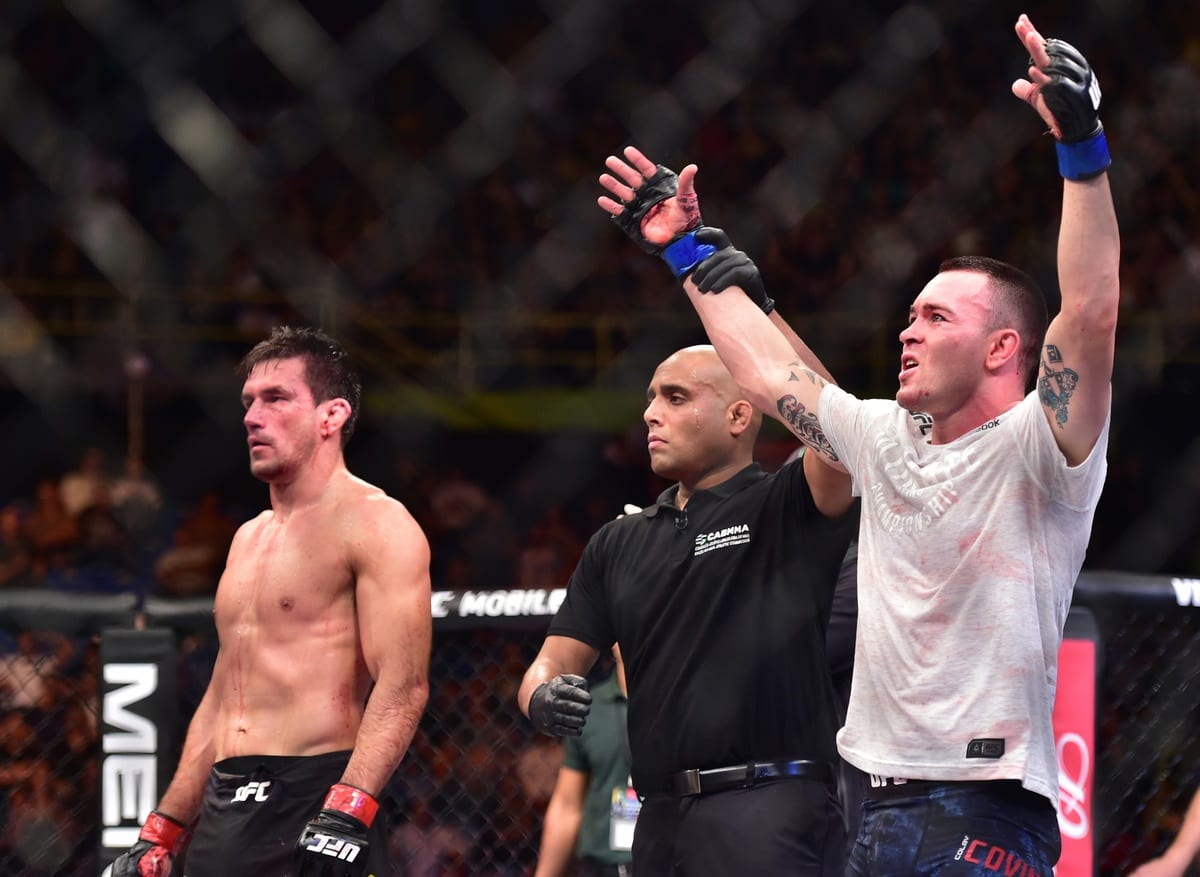 Colby Covington has claimed going bad on the fans at UFC Sao Paulo saved his job. The Welterweight title challenger was out of favour with the company heading into the final fight in his contract.

According to his manager he wouldn’t be re-signed even if he beat top ranked contender Damien Maia. So after winning the fight Covington cut one of the most epic promo’s of all time. He slammed the Brazilian crowd and went viral in the process. Thus giving birth to the Colby Covington character you see today. Speaking to Candace Owens he said. (H/T The Candace Owens Show)

“I’ve never told this story before but three fights ago, before I fought the No. 2 guy in the world, this guy named Demian Maia in Brazil, they had told my manager Dan Lambert that they weren’t going to re-sign me. Covington said.

“So, I go out there and I beat him up and leave him in a pool of blood in Sao Paulo, in his home city. I shoot this promo on the Brazilians and say, ‘You guys are all a bunch of filthy animals and Brazil you’re a dump.’ So, I go and shoot this promo, and I wasn’t supposed to have my job, but that promo goes so viral on the internet, that the UFC’s like, we have to keep him, we have to re-sign him because that promo is so big. So that’s what saved my career and that was the turning point of my career. The rest has been history.” (Transcribed by BJ Penn.com)

And the rest is history. Since then he has picked up two wins against Rafael Dos Anjos and Robbie Lawler. As well as an interim belt in the process. He’ll now face welterweight champion Kamaru Usman at UFC 245 this weekend.

Does Colby Covington become the welterweight champion at UFC 245?