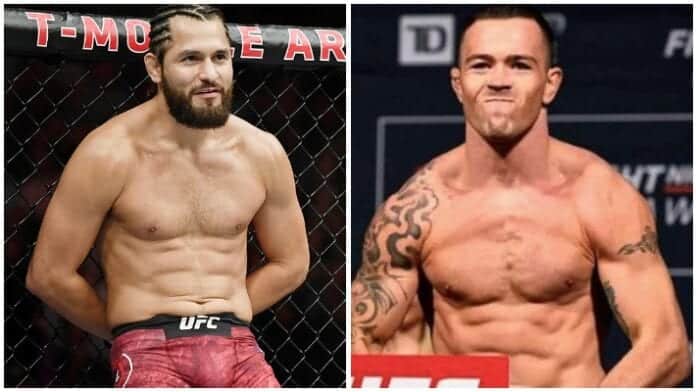 Colby Covington is no longer interested in fighting Jorge Masvidal after seeing ‘Gamebred’ get knocked out by Kamaru Usman at UFC 261.

‘Chaos’ has been calling for a fight with his former teammate and friend for some time, but Masvidal has shown little interested in the grudge match.

During a recent interview with MMA Junkie, Covington claimed a fight between him and Masvidal no longer makes sense.

“It doesn’t make sense,” Covington said. “I’m not gonna have people downplay my victory if I beat him. I’ve already owned his soul for the last 10 years when we trained together at American Top Team. You can go look on the internet, I used to hold him down in our kitchen and just pat on his face, ‘Get up Masvidal, get up, do something,’ and he couldn’t do anything. So he knows I’m his daddy, I’m his rightful owner, and there’s a reason he ducked the fight for so long. He doesn’t want to fight me.

“He knows I own the keys to his soul, so I don’t know. If the UFC really wants to do it, I’m the people’s champ, and I’m America’s champ for a reason. I’ll do what the people want, what the UFC want. I want to put the biggest and best fights in the organization, but I don’t feel like he’s the biggest and best fight in the organization. The guy has almost 20 losses on his record, he’s nothing more than a journeyman at this point, so his 10 seconds of fame are up, and there’s nothing for me to gain anymore.”

UFC president, Dana White recently revealed that Covington is next in line for a shot at the welterweight title. Usman who currently holds the belt has attempted to distance himself from a rematch with Covington who is determined to avenge his loss to ‘The Nigerian Nightmare’

Do you still want to see Colby Covington vs. Kamaru Usman?