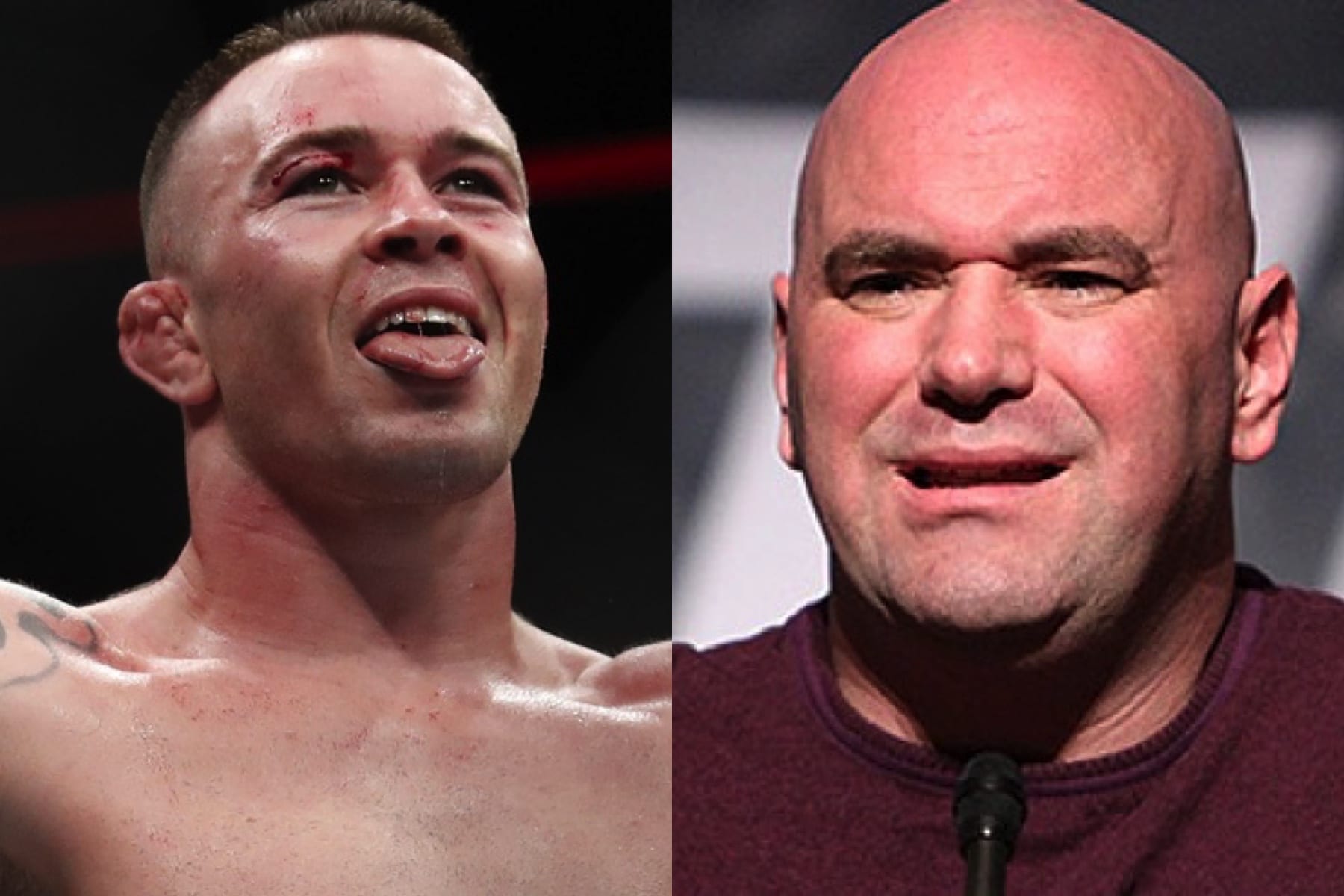 He first claimed he was open to leaving the UFC after he was snubbed for the title shot, but things only devolved from there. Covington then later divulged a supposed ‘power play’ between the UFC and Usman’s manager Ali Abdelaziz. He even insisted he was going to confront UFC President Dana White and ‘get up in his face’:

All of that has the UFC and White on Covington’s hit list. And as you’d expect, he isn’t letting up. He challenged the UFC’s public face on MMAjunkie Radio last night. Covington offered a not-so-subtle test for White, daring him to release him to ‘show how big his balls were’:

As for Usman, Covington accused him of being a UFC stooge and talking his way into a title fight. It wouldn’t ultimately matter to Covington, however, because he said Usman would never beat him:

With the sexual innuendos on full blast, Covington turned his attention back to White. He revealed that he doesn’t have a real relationship with White. They did go to visit President Donald Trump at the White House last year yet apparently, that was just for show. Covington closed by blasting White with an all-out barrage. He said the UFC President was a product of riding former owner Lorenzo Fertitta’s coattails and had cashed out.

Covington also claimed White has ‘no morals or values’:

“I don’t really have a relationship with Dana White, and I don’t give expletive) about him. He’s cashing out. He made all the money off the fans, all the fans that built this sport, and they sold for $4 billion.

“And the reason the sport even is what it is is because of Lorenzo. So Dana hasn’t even done anything. He (was) just Lorenzo’s little check boy. He holds his coat for him and stuff. Dana’s already cashed out. He got all that money, and he let it get to his head. He’s a piece of (expletive) person, and he has no morals or values.”