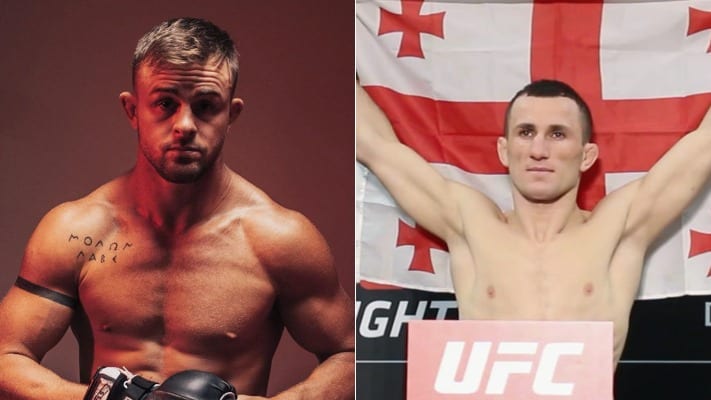 An intriguing bantamweight contest is in the works for December as Cody Stamann faces Merab Dvalishvili.

That’s according to an initial report from The Athletic with multiple people with knowledge of the matchup later confirming the fight to MMA Fighting on Thursday.

It will take place on the UFC’s upcoming December 5 card. There are no further details about which fight will headline the card but it is expected to take place at the UFC’s Apex facility in Las Vegas.

Stamann is coming off a unanimous decision defeat to Jimmie Rivera. He was unbeaten in his previous three fights leading up to that setback with notable victories over Brian Kelleher and Alejandro Perez and a draw against Song Yadong.

He will now look to return to the win column against the streaking Dvalishvili who is enjoying a five-fight winning run after initially going 0-2 with the UFC. His most recent outing saw him comfortably outpoint former title challenger John Dodson at UFC 252 last month.

A sixth consecutive win would see the Georgian continue to climb up the stacked bantamweight ranks.

What do you make of this fight and who do you see winning it?