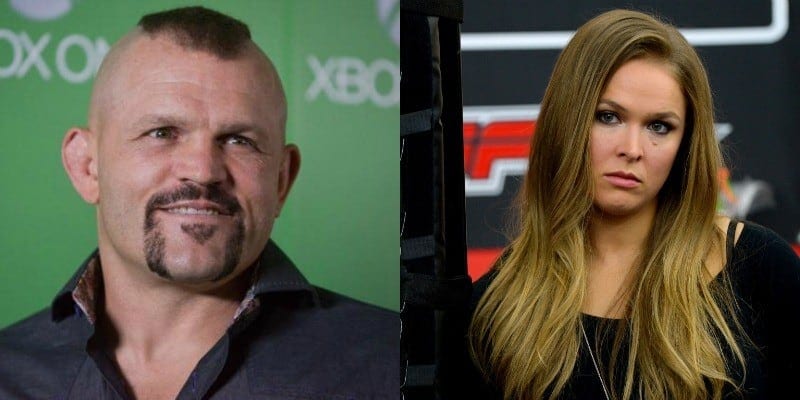 Known as an elite level grappler with a decorated background in Olympic level judo, “Rowdy” Ronda Rousey had focused heavily on her striking game over the past few years, and she had improved on this part of her game to an extent.

That being said, she ran into a multitude of problems when she put her title on the line against former boxing champion Holly “The Preacher’s Daughter” Holm in the main event of last November’s UFC 193 from Australia.

Rousey was shockingly picked apart before suffering a brutal second round knockout, surrendering her title in the process.

While Holm is obviously amongst the elite when it comes to pure strikers in MMA, Rousey, along with her coach Edmond Tarverdyan, came under extreme criticism after the bout with many feeling as if the “Rowdy” one needed to change camps.

UFC lightweight champion Rafael dos Anjos had expressed his interest in Rousey coming to King’s MMA in California, and even rival boxing icon Floyd “Money” Mayweather had offered up support to the fallen “Rowdy” one.

Most recently, former UFC light heavyweight champion and legendary knockout artist Chuck “The Iceman” Liddell touched on the situation, giving more credit to Tarverydan than most, but admitting that it’s a different story when matched up with someone at the caliber of Holm:

“”Is it the guy that told her she could out strike Holly Holm?” Liddell vexed when asked by TMZ.com.  “Ronda’s striking has greatly improved, he’s done a great job with her striking — but it’s another step when you go against a professional striker.”

With 13 of his 21 career victories coming by way of knockout, Liddell is definitely one of the most idolized strikers to have ever competed inside of the Octagon, and as it turns out, he would be willing to show Rousey a thing or two:

“I’ll train her any time she wants,” Liddell said.

Should Rousey consider training with “The Iceman”?