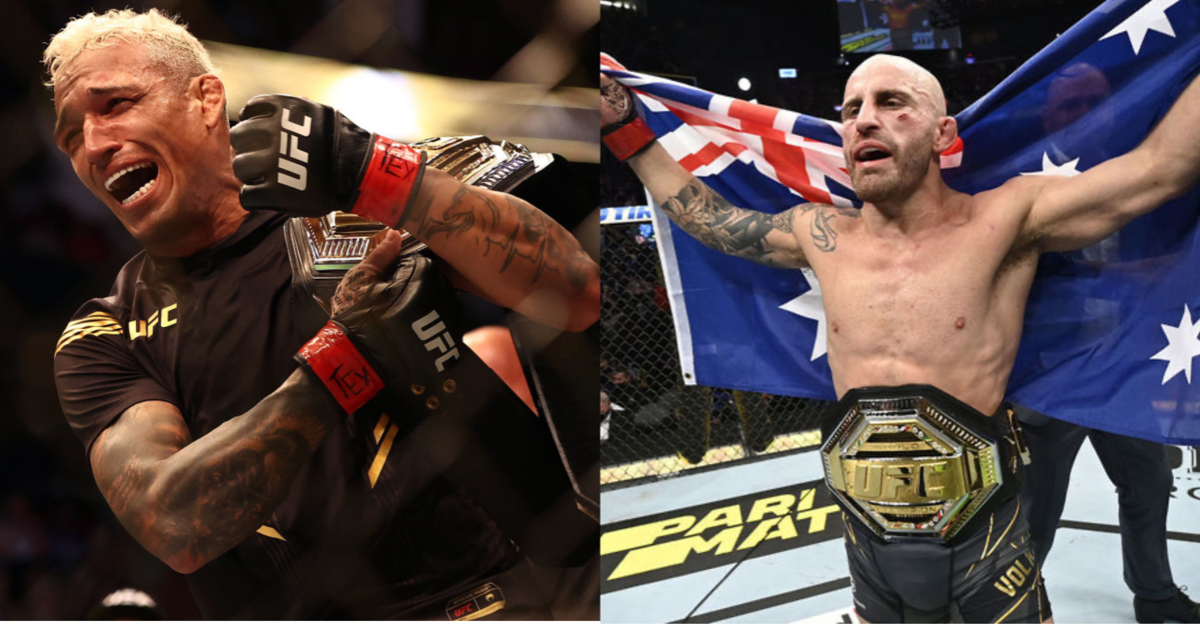 Charles Oliveira issues a warning to Featherweight champion Alexander Volkanovski, in light of him possibly making the jump from the UFC Featherweight division too Lightweight, to challenge for the title.

Vokanovski has been on a tear of the Featherweight division, beating every elite fighter in the division at this point. He beat Max Holloway, three different times all by decision. He seemed to reach a new height in last fight against Holloway, clearly dominating him for all five rounds of the fight.

There are some up and coming fighters that Volkanovski could wait for, like Arnold Allen. Allen has been beating most everyone they have put in front of him recently. Josh Emmett has been on a roll as well, beating Calvin Kattar in his last fight. There are still some fun challengers in that division, but from the outside looking in, Volkanovski seems to be on a higher level than all of them.

Charles Oliveira is welcoming a fight with Alexander Volkanovski, but warns him of the danger that comes with moving up to face him

‘Do Bronx’ was interviewed by ‘The Schmo’ recently when he had this to say about the possibility of the matchup:

“He’s a very tough guy, and I know he has made history (at) 145. But everybody who thinks about moving up to 155 has to think very well, because it’s a very, very, very hard division.” (h/t MMANews)

Oliveira has a point, as the division is full of killers ranked 20 to 1. Diego Lima has recently come out and said that Oliveira’s opponent and the location of the fight will be coming out in a few days. Whether it will be ‘Volk’ or Islam Makhachev is left to be seen, but Oliveira will look to recapture his spot at the top once again.

Do you think Volkanovksi vs Oliveira is the fight to make?