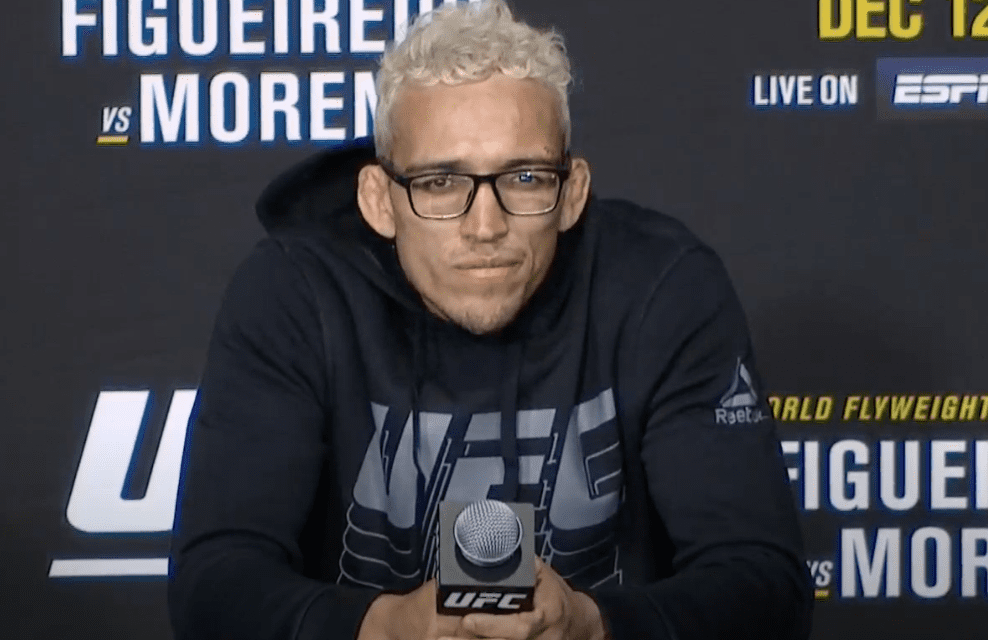 Charles Oliveira is only looking to fight the winner of the upcoming Conor McGregor vs. Dustin Poirier fight next.

“Do Bronx” earned the biggest win of his career after outclassing Tony Ferguson over three rounds to win a lopsided unanimous decision in the UFC 256 co-headliner on Saturday night.

As a result, he is now on an eight-fight winning streak and undoubtedly in title contention. As for the current status of the division, Oliveira doesn’t believe current champion Khabib Nurmagomedov will compete again after announcing his retirement in October.

And with UFC 257 approaching next month featuring a headliner between McGregor and Poirier, Oliveira wants to fight the winner for a potential vacant lightweight crown.

“Khabib swore on his father’s grave that he wasn’t going to come back so when a man does that, I don’t think he’s going to come back,” Oliveira said in the post-fight press conference (via translator). “[Justin] Gaethje can go fight whoever but I want the winner of Conor and Poirier.

“I have eight wins in a row, 7 of those I finished the fight. I don’t let it go to the judges’ hands. I finish fights and I’m in a position to be fighting for the belt.”

The winner of a potential planned Gaethje vs. Michael Chandler fight could also stake a claim for a title shot but at this point, it’s hard to deny Oliveira.

In fact, he’s even willing to be a backup for the McGregor vs. Poirier fight.

“I just have a cut over my eye so next week I’ll be fine,” Oliveira added. “”I haven’t lost a fight since Paul Felder and I was in the gym a week after that. So Dana — call my manager if you want me to fill in.”

What do you think should be next for Oliveira? Does he deserve a title shot?