LowKickMMA.com
Home UFC News Chael Sonnen Sends A Warning To Jake Paul In Regards To His... 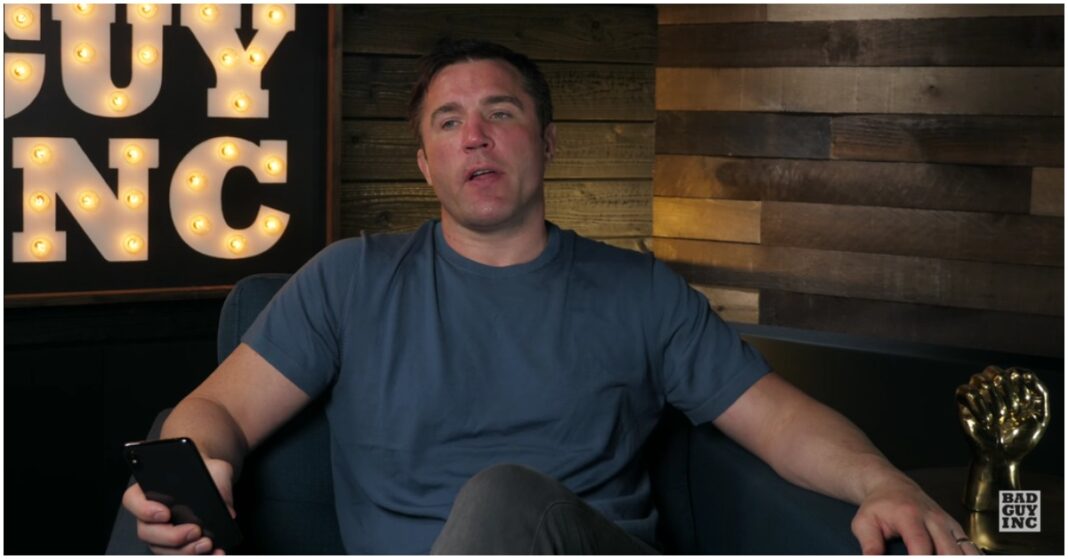 Chael Sonnen has some wise words for Jake Paul as he urges him to reconsider his callout of former UFC Middleweight champion Michael Bisping.

Jake Paul has turned his sights on a new possible boxing opponent in Michael Bisping. Bisping had responded by asking why he would want to fight an old man with one eye, but also said that he’d for sure be down to scrap. Bisping is known as one of the toughest guys to enter the octagon, and truly never stood down to a challenge.

‘The Problem Child’ took too Twitter to call out Bisping and made a video to go along with it. He asked him to stop hosting his “struggling podcast” and get back to training.

Paul last fought another former UFC champion, Tyron Woodley. He has two wins over the former champion and one came by an absolutely devastating knockout in the mid rounds of their second fight.

Bisping fired back with his own trash talk and followed that up with another hilarious joke that pokes fun of Paul only ever taking fights against retired fighters, that aren’t even boxers.

Chael Sonnen believes Jake Paul should tread carefully when calling out someone as dangerous as Michael Bisping, even in retirement.

Bisping had said that he would possibly come out of retirement to face Paul. It is hilarious that Paul continues to call himself a boxer, when he has still yet to call any boxer out that is currently in their prime and on the same level as him. That is why the Tommy Fury fight would have been a good test of both fighters skill. Whether Paul is truly down to fight boxers, is yet to be seen.