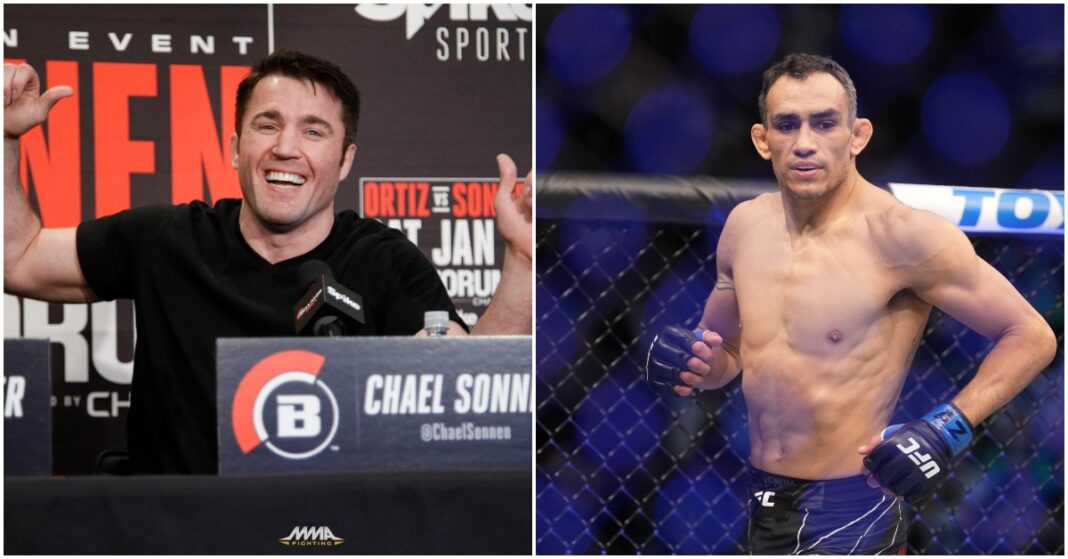 Fighter turned analyst, Chael Sonnen, feels he knows the best move for Tony Ferguson if he chose to move to welterweight.

Following his devastating loss to Michael Chandler at UFC, Ferguson has seemingly been weighing up his career options and sees a return to 170lbs as a possibility.

The former interim lightweight champion originally entered the UFC as a welterweight, winning The Ultimate Fighter season 13 at 170lbs. Ferguson would immediately drop down to lightweight following TUF, fighting Aaron Riley at 155lb in his first fight as part of the official UFC roster.

Ferguson discussed the potential move in an interview with Ariel Helwani on The MMA Hour, “I wouldn’t mind going back up to 170”, Ferguson said. “I knocked everybody out up there at 170.

“This cut to 155–it’s not too hard, but I lose a lot of muscle mass, man. I f*cking hate being skinny like that. I look like a little b*tch, I don’t f*cking like that.”

Chael Sonnen Beleives He Knows Who Ferguson Should Face At 170lbs

The former three-time title challenger, Sonnen, believes he knows the right move for Ferguson, saying via his Youtube that he has one fight in mind.

“If Tony was to go to 170 pounds and I have a magic wand,” Sonnen said. “What would I do with him – boom, Nate Diaz. It solves the problem right away.

Sonnen isn’t wrong, there aren’t many UFC fans who would miss a fight between Diaz and Ferguson. The fight would be guaranteed entertainment and would undoubtedly garner a nice paycheque for both men.

Is Chael Sonnen right, is that the fight to make?