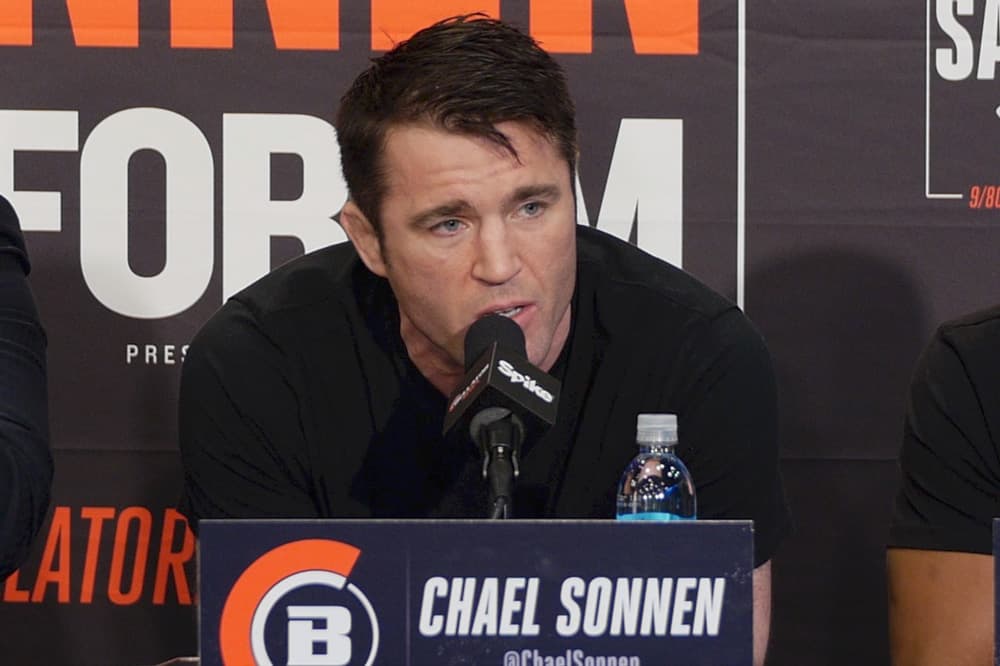 Chael Sonnen addresses the speculation that he could be close to potentially making the call to retire from the sport of MMA. As seen in the main event of Bellator 208 on Saturday night (October 13, 2018) at the Nassau Coliseum in Uniondale, New York on the Paramount Network, Fedor Emelianenko was able to score a first round TKO win over Sonnen.

Following the fight, Sonnen spoke with the media about it and how he thought that the MMA Legend used up all of his energy. Thus, he believed that this would allow him a chance to make a comeback. Obviously, that didn’t happen.

Sonnen even admitted that he was trying to have a rope-a-dope moment in the fight that backfired.

The former title contender praised Fedor for still having some serious power and being explosive despite being past his prime.

“Explosive – I would call him explosive. With his punches, there wasn’t a ton of setups; they just came, and they came hard. And even on the ground, I had some good positions on him, and he would just explode. It wasn’t necessarily technique-based, but it was impressive. He’s an impressive athlete. I don’t think I’ve ever been ground-and-pounded like that.”

Sonnen also talked about what’s next for him after competing in MMA for more than 21 years. This led to him making it clear that he is looking forward to what’s next.

“I have some other goals I would like to achieve,” Sonnen said. “I really looked up to what Randy (Couture) was able to do to extend his career; I would like to extend mine. But it won’t be my choice. It was never my choice. Eventually coach Clayton (Hires) will come up and say, ‘We’re done.’ Then we’re done.”

Part of this question was regarding his potential retirement as a pro-MMA fighter. This is not the cards for Sonnen right now and won’t be until his coaches make the call.

“But I must remind you I was just in the final four of a tournament with the baddest dudes in the world. It wasn’t like old Chael got cleaned up in a parking lot on a Saturday. We’re down to the final four in a weight class I’ve never been in.”