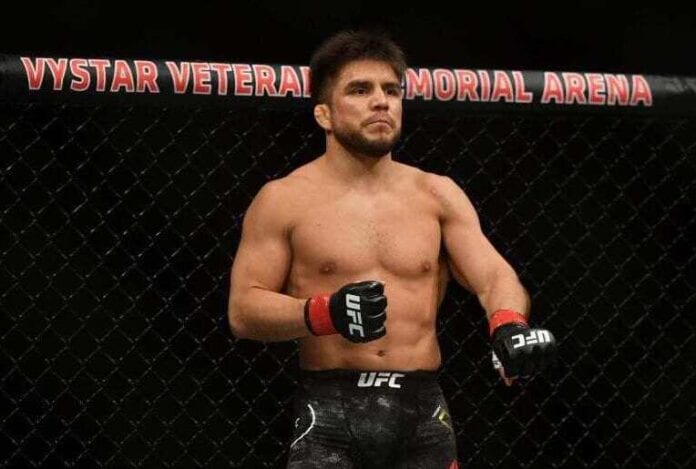 Despite retiring in May of this year, Henry Cejudo has had no problem continuing to make headlines. He enjoys trolling fighters, especially fighters in his weight class of 135 lbs, and Sean O’Malley is the most recent of which he’s targeted.

‘Triple-C’ recently went onto Mike Swick’s podcast to discuss some things, one of which was ‘Sugar’ Sean O’Malley. Swick asked the former Olympian what his thoughts on the 25-year-old talent were:

“I’ll be honest with you Mike, I actually like the kid. In some way I’m like hating on him, but in some way I like him, I’m weird like that. But I honestly, I wish the kid the best, but I also think that he thinks he’s better than what he really is. You know what I’m saying?

“And that’s the difference between somebody like Sean O’Malley and me. Yeah does he have probably better striking than me? Probably, because of his length and his range and whatnot, it makes him a little dangerous, but you just gotta be the full package. You know what I’m saying?

“And it’s ironic that you didn’t have (Marlon) ‘Chito’ Vera on your thing, and right before he fought Sean O’Malley, I’m like ‘hey listen dude’, I sent him a message and we’re not even friends man, but we have a lot of friends in common. I’m like, ‘listen man, the way to beat this dude, make him fight his B-side.

“Put him in the clinch, put him against the cage, and because of his stance, he’s heavy with his left leg forward.’ I said, ‘smoke the hands, and take out the fucking kicks.

“Smoke the hands and just blasting that front kick, that calf kick, ’cause it’s been taking everybody out.’ And it’s happened to me with Demetrious (Johnson), this is why I kind of went from the karate stance to a little more neutral because people were catching onto it a little bit too much.”

Cejudo went on to say: “He (Vera) answered me right away. He’s like, ‘man that’s good to hear from you champ, that means a lot to me.’

“So I didn’t give him the gameplan, ’cause I think they already had that down, but I kinda, when somebody’s able to tell you, convey to you, it just assures it to you so much better when you fight. But you gotta have it here (points to head) when you fight.”

It’s great to see Cejudo still keeping up with the sport today in his retirement. It’s too bad he left, he retired too soon, leaving us all wanting more. He also stated that he’s 33-years-old, in the prime of his career, but he’s also satisfied with everything he’s done.

However, there is one fight that would bring him back to MMA, and this won’t come as a surprise because we’ve all heard him talk about it, a title shot against UFC Featherweight Champion Alexander Volkanovski.

He also expressed interest in a modified rules boxing bout with the 20-0 multiple-time boxing champion Ryan Garcia, who’s also a 15-time amateur champion in the sport with a 215-15 record.

Who knows, maybe we’ll end up seeing him versus Sean O’Malley down the line. Cejudo only left a few months ago and he’s on top of his game, and O’Malley will continue getting better for at least five years to come.