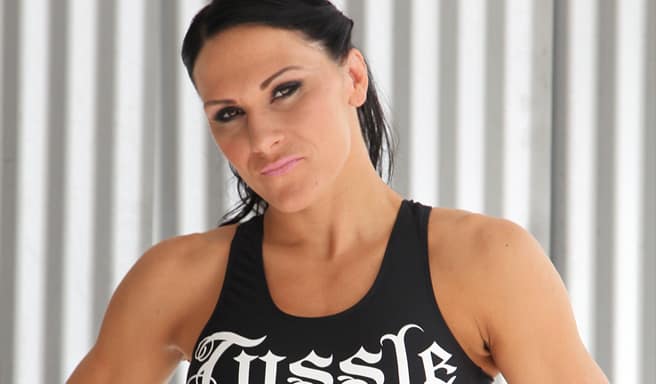 The UFC women’s bantamweight division, and women’s MMA as a whole has been run for the past three years by Ronda Rousey. The 135-pound Strikeforce and UFC champion has simply obliterated all the competition, all by finish at 10-0. Alexis Davis couldn’t even make it 20 seconds with “Rowdy”.

Now the next highly touted contender is Cat Zingano, her 9-0 unbeaten record speaks for itself, and we are once again wondering if “Alpha” has the goods to take out Rousey. In a recent interview with MMAFighting.com, Zinano claims she is the one:

“She’s there, because I’m not yet. Her time came first. All these opportunities came first. All we can do is wait and see.”“I’m unorthodox,” Zingano said. “There’s just nothing like me. There’s not. They haven’t seen anyone like me. She’s the closest that there gets, but it’s still different. I’m just more well-rounded, I have more heart, I have a lot of things going for me that people just haven’t had a chance to see yet.”

Word from the camp of “Rowdy” is that her striking is evolving at an alarming rate, and it’s clear that she is in her prime right now. “”Alpha” though is also looking in her best form, having destroyed Miesha Tatae, Raquel Pennington, Amanda Nunes and Takayo Hashi in her last four. In terms of rivalries, there isn’t really one between Zingano and the champ, at least not on the level of Rousey/Cyborg. Zingano continued:

“It doesn’t really matter to me, because I’ve had to prove myself the whole way along,” Zingano said. “So it’s just another step, another way that I gotta get through and shut people up. I can care about it and have it bother me or I can laugh about it and keep enjoying the surprises.”

“She’s never seen or had to deal with anyone like me before,” Zingano said. “So it’s gonna be interesting.”

So what do you think, has Cat Zingano showed enough talent and skills to dethrone Ronda Rousey, or will the bantamweight queen reign supreme over yet another over-matched contender?