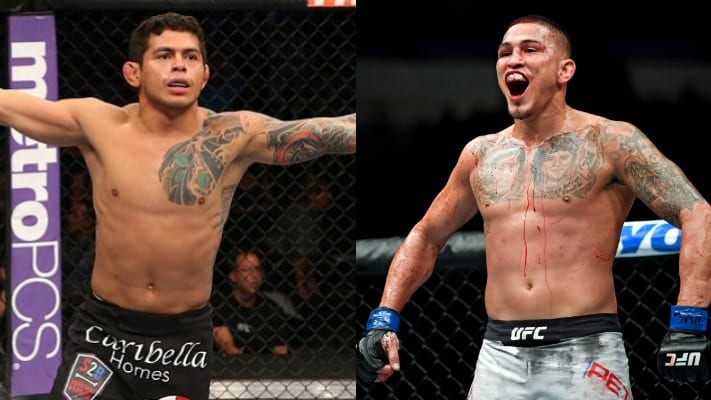 Not only will he face his highest-ranked opponent in Anthony Pettis — he will also do it on the same card as Conor McGregor’s highly-anticipated return at UFC 246.

Ferreira showed in his last fight against Mairbek Taisumov that he is more than capable of applying pressure and utilizing great striking. However, he is primarily a grappler and so, he will be looking to test the jiu-jitsu of Pettis when they meet in their lightweight clash:

“I can’t let him run alongside the cage too much,” Ferreira said in an interview with Ag Fight (via Bloody Elbow). “If you put pressure on him, he stops a little bit, we trained for that, my coaches and partners are well aware of that. We will put the pressure on him in order to stop him on his tracks, he’s very acrobatic, so I’ll stop him.”

“I need to really implement my jiu-jitsu, and I want to see what his jiu-jitsu is like, it’s pretty sharp. It would be cool. I’ve seen him score submissions a lot, I attended an event where submitted [Gilbert] Melendez, he’s a dangerous guy. It would be nice to test his jiu-jitsu.”

Pettis is known for his striking and his jiu-jitsu game has somewhat gone under the radar as a result. However, he is certainly one of the highest-level grapplers in the lightweight division.

It will definitely be interesting to see how both competitors fare should the action hit the mat.

Who do you have winning this UFC 246 bout?