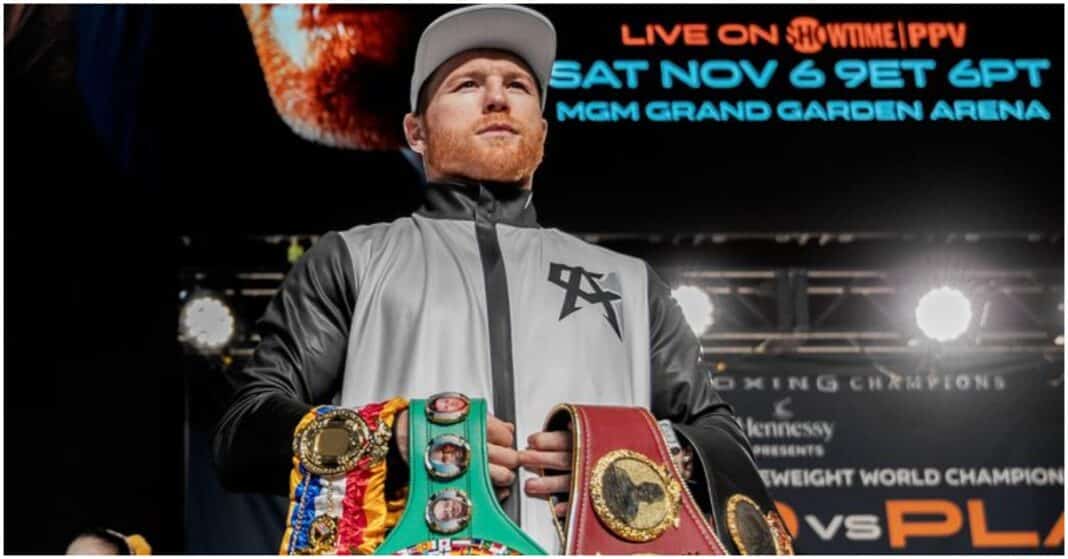 Saul ‘Canelo’ Alvarez seems to have no interest in a potential crossover fight with Kamaru Usman.

In July, ‘The Nigerian Nightmare’ talked up his chances in a boxing match with the pound-for-pound best, he said.

Kamaru Usman Recently Doubled Down On His Canelo Callout

Ahead of his welterweight title rematch with Colby Covington, Usman explained why he has a desire to box Canelo.

“To be honest with you, I’ll tell you what will really get the people going, Usman said. When have you ever seen two pound-for-pound fighters in the world in their respective sports go at it? Who’s the pound-for-pound best boxer in the world right now? It’s not about money, it’s about what gets me out of bed, what gets me scared! I want the chance. I want (to fight Canelo)”.

Canelo will attempt to become the first Mexican undisputed boxing champion in history when he takes on Caleb Plant this weekend. The 31-year-old currently holds the WBO, WBC and WBA titles at super-middleweight and will get his chance to claim the IBF belt this Saturday.

Ahead of his career-defining fight with Plant, Canelo was asked about squaring off against the pound-for-pound best fighter in MMA.

“Payday,” Canelo replied to a chorus of laughs from assembled media.

Do you agree with Saul ‘Canelo’ Alvarez? Is Kamaru Usman simply chasing a payday by calling him out?