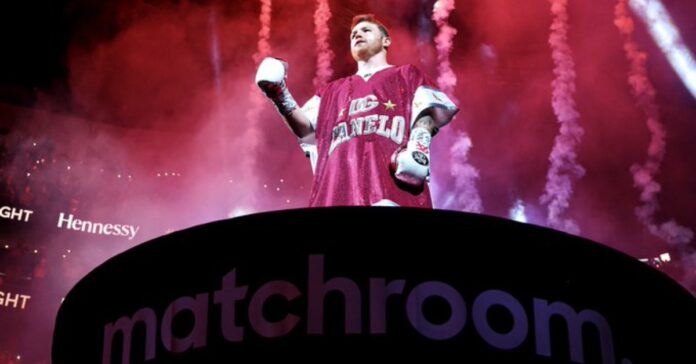 Suffering just the second professional loss of his career following a prior judging defeat to former world champion, Floyd Mayweather back in September 2013, Canelo Alvarez had entered his light heavyweight division return off the back of a successful eleventh round finish over Jacob Plant back in November of last year – adding the IBF super middleweight title to his stacked and decorated mantle.

Failing to ever really mount any significant offense against the undefeated Russian, Bivol – Canelo landed a career-low number of strikes over the course of 12 total rounds, forced to fight from the outside as Bivol countered and defended expertly. Landing a successful title retention, Bivol landed a unanimous judging win on all three judge’s scorecards, who inked 115-113 on their official papers.

Managing to roll and stick up a persistent guard throughout the 12 round main event despite Canelo’s best efforts, Bivol admitted that he had felt the power coming from the Jalisco pound-for-pound king, but pointed to visible damage to his shoulder and arm – rather than his head.

“I felt his power,” Dmitry Bivol said post-fight. “As you can see from my arm, he (Canelo Alvarez) beat my arm up but not my head. It’s better. He had a good speed and power. Maybe his mistake was he threw only hard punches. After hard punches, he relaxed and (was) tired. I was feeling great. This was the biggest fight of my career and I enjoyed this fight. When the people booed me, it gave me more energy.”

Last night’s ‘Sin City’ defeat for Canelo snapped a whopping 16-fight winning streak for the Mexican puncher, who had previously made the light heavyweight limit back in November 2019 to land the WBO light heavyweight crown with a eleventh round knockout success against Bivol’s compatriot, Sergey Kovalev.

Below, catch the highlights from Canelo Alvarez’s upset defeat against Dmitry Bivol