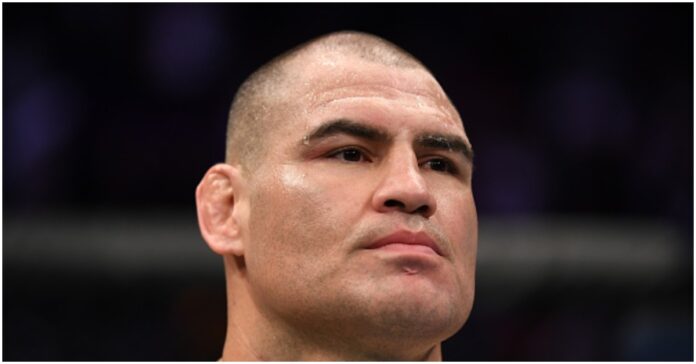 Former UFC heavyweight champion Cain Velasquez is facing an uphill battle after an alleged incident on February 28 where he fired multiple shots at a vehicle, hitting one of the passengers in the process.

As more details of the incident, including an alleged motivation for the attack went public, supporters of Velasquez have been calling for the state of California to ‘Free Cain’, something veteran defense attorney Steven Cooley says is just not realistic.

“This is not a complicated case,” Cooley told MMA Fighting. “Anyone who says it’s nuanced because his motive was to get even for the [alleged] molestation of someone he loved, that that somehow mitigates it — not really. There’s no defense of, ‘I got mad because he really hurt someone I loved.’”

Velasquez is accused of engaging in a high-speed chase and firing multiple shots with a .40-caliber handgun into a vehicle carrying Harry Goularte, who was previously charged with molesting one of Velasquez’s close relatives. Goularte’s 63-year-old father-in-law Paul Bender was also in the vehicle and was hit twice by the gunfire. Goularte’s mother was in the vehicle during the incident, but was not physically harmed.

The former MMA star was charged with 10 counts including first-degree attempted murder, assault with a deadly weapon and shooting an occupied motor vehicle. If found guilty, Velasquez could face 20 years to life in prison. Cain Velasquez was denied bail last month, the judge citing “allegations of extreme recklessness to human life.”

The first task of the defense attorney’s is to take the first-degree attempted murder charge out of the equation, presenting enough evidence to justify a plea deal.

If found guilty of the first-degree attempted murder charge, Cain Velasquez could face life in prison.

As part of their defense, Cooley believes that Velasquez should be evaluated by a team of mental health professionals citing that brain trauma from his career as a professional fighter could factor into their defense.

“He needs to be mentally evaluated by legitimate medical professionals … because something went wrong with him,” Cooley said.

The defense will also be tasked with proving that Velasquez did not aim to kill the intended target and acted irrationally given the circumstances that led to the alleged attack. Commonly referred to as ‘temporary insanity’, the defense is likely to argue that Velasquez’s actions were a direct response to Goularte’s alleged crime.

“In this case that’s tough, because he apparently showed some deliberation,” Rios said. “Getting the tools necessary to try to kill somebody, a prosecutor will typically use those as circumstantial evidence that show that this person has a frame of mind for first-degree — deliberating what he was trying to do.

‘Free Cain’ has been a popular hashtag on social media since details began to emerge in March. Many within the MMA community have spoken out in support of Cain Velasquez, often noting that as a parent, they can understand Velasquez’s alleged reaction and would have reacted similarly.

However, it is important to remember that Goularte has yet to be convicted of a crime, with his attorney declaring him innocent of all charges. Per his attorney, Goularte is currently in hiding as a result of the media attention since the incident on Feb. 28.

“If the public’s reaction is that the criminal justice system has failed because somebody is fighting their case and they were released, that doesn’t make any sense to me,” Rios said. “When someone is fighting a case, they are presumed innocent. They haven’t been convicted of anything. Zero, zip, nothing. So suppose this guy, the alleged victim, suppose he’s innocent of the child molestation. He’s fighting his case.”

For Velasquez, the publicity this case has received could discourage prosecutors from taking it to trial. In the state of California, a jury must decide unanimously to convict in a murder trial. That could be a challenge for the prosecution given the overwhelming support Velasquez has received and the negative attention it has brought to the California legal system.

“I’m trying to convince one juror — because all you need is one — that it’s understandable what he did given that the criminal justice system failed him, and given this man, he believed he was going to continue to be a danger to children,” Triessl said.

Should the case go to trial, there is a possibility that the presiding judge could disallow Goularte’s arrest to be used as he has not yet been convicted of the alleged molestation that is believed to be the catalyst for Velasquez’s alleged attack.

“Under some circumstances, he could prevent the bad stuff from being heard because there’s no evidence it happened, more prejudicial than probative, under the circumstances, it doesn’t mount to a defense under the law,” Cooley said. “Therefore, it’s irrelevant. All those circumstances, the judge may say, ‘Not going to hear that today.’”

Velasquez and his attorney Mark Geragos will return to the courtroom on May 16 for a bail hearing with hopes that Velasquez will be able to return to his family before attending a plea hearing on June 10.