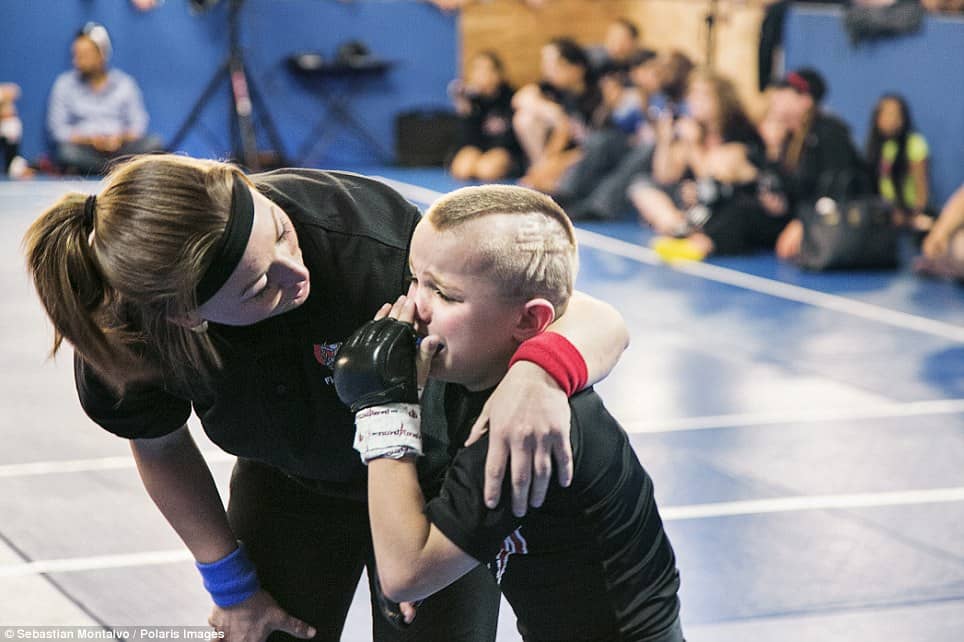 The feature picture is a young boy named Mason “The Beast” Bramlette, he was 7 years old when that photo was snapped, capturing the moment he cried following a hard punch to the nose. That was 2013 at the California State Pankration Championships Youth Division, and gives just a small glimpse in to the vivid and sometimes brutal world of kid’s combat sports. Youth sports are not a new craze, although athletic pursuits such as baseball, basketball, soccer and athletics arguably come with less inherent risks than MMA. You may already be asking what’s Pankratian in relation to MMA, well the answer is pretty much amateur rules MMA, the difference is only in name.

The controversial sport raises a number of interesting questions, but also outrage from people that believe these kids could be getting pushed head first in to ‘cage fights’ in some sort of strange echo from the beauty pageant craze of America that still is present to this day. Are these kids old enough to get put in such a dangerous situation or consent to get put in that situation in the first place? Perhaps the fragility and innocence of childhood is being taken from these children, or maybe they actually want to do this.

You only need to look at children’s boxing, kickboxing to know that MMA or Pankration isn’t the first time that two minors have tangled for the enjoyment of others and in the pursuit pugilistic victory, but then the same questions can and have been asked of those sports too. Perhaps because mixed martial arts is still a relatively new sport, and comes with it’s own set of detractors for the senior leagues, it is being unfairly over-analysed? What’s the difference between amateur boxing and Pankration? Maybe more information is needed before any assumptions should be made, as fear of the unknown often leads to poor decision making. 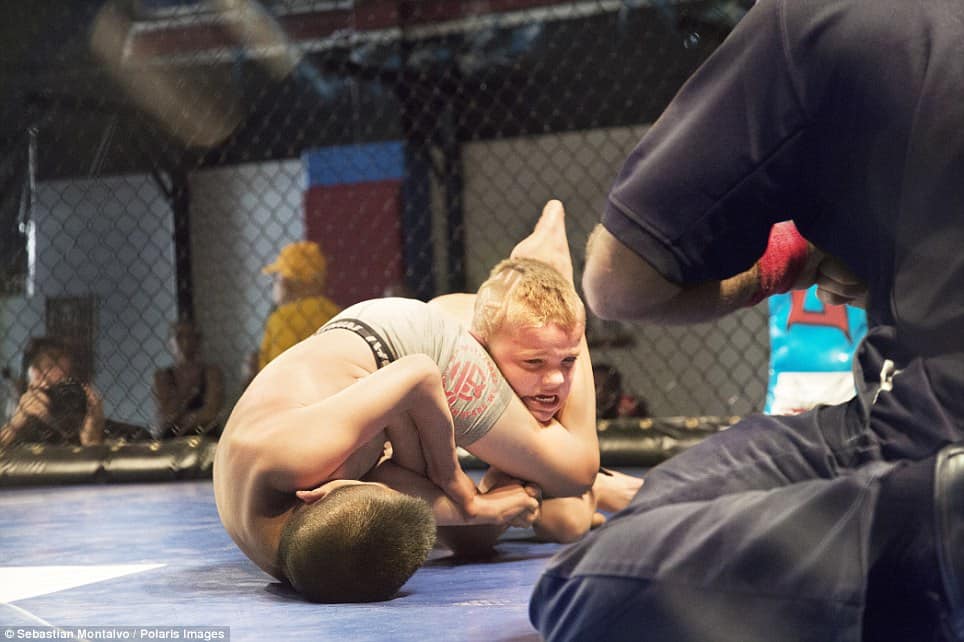 Let’s start by looking at the governing bodies involved in youth MMA, in particular we’ll use the sanctioning non-profit American organization ‘United States Fight League’. They are the regulatory body that sanctions the aforementioned California State Pankration Youth Championships, and are officially overseen by the CSAC (California State Athletic Commission). Their take on combat-kids is as following:

“Pankration is the oldest Martial art on record and was the most prestigious event of the Ancient Olympics. The rules were brutal and simple, all but eye gouging and biting was allowed while the referees enforced their rules with a large stick

Modern Pankration is a Martial Arts that encompasses Grappling and Limited Contact Striking. Rules emphasize technique and sportsmanship at all levels. The amateur program presents a safe sport suitable for competitors of all ages from all styles of Martial Art. The United States Fight League provides the safest and most progressive route to prepare for International Amateur Competition or a professional fighting career.

California, in an attempt to rule out unsanctioned fights featuring minors, became the first state to adopt the Pankration rules set in 2014. It should also be noted that the organization has put on shows featuring youths since 2003. Some video footage of a South Californian event in 2012, the names and ages of the boys involved are unknown, but the fight itself is particularly intense:

Even with the lack of significant strikes to the head (as per the rules), you can see why this kind of hand-to-hand combat is somewhat shocking to some. Now let’s take a look at a recent mini-doc that shows kids as young as four training and competing in MMA, and also in cross gender fights with head strikes allowed:

A common viewpoint tends to emerge when asking these parents their reasons for taking their kids to MMA lessons and eventually signing away the waver to allow the minors to participate in fights; ‘It’s for their own good,’ is the general message, whether it’s to teach self discipline, self defense, or just general fitness. It could be argued that there are many safer ways to do this, and once again we are led to the question of who is deciding to fight here. Is it the kids or the parents?

When broken down, no matter how the governing bodies sanction these shows, the objective is to beat the other in to submission or crank the opponent’s limbs/airway until he/she can take no more. Again, this is not an argument for either side, simply a presentation of facts that could easily be labelled contradictory in ways. With the legal age of consent ranging from 16-18 in the US, this once again poses the question of who is making the choice on fight day.

It should also be appreciated that MMA is now a widely accepted form of sport, and has changed many people’s lives with it’s positive influence. As dangerous as it can be for even adults, there is a deep attraction to the primal and also social aspects of the fight game. It’s risks are met with evenly appreciable benefits if done correctly, but the dangers are ever present and can sometimes be life changing, or god forbid fatal.

Is this a barbaric hobby that shows over-keen parents simply living vicariously through their unknowing children, or an example of how fast kids are growing up these days, and the plethora of stimulating activities available for them to practice? Whether in a cage or ring or outside in the school yard, most kids will at least witness, if not take part in a few scuffles growing up. The difference here is that adults are encouraging instead of breaking these kids up.

I don’t have the answers, but the chances are if it’s still going after over 10 years (which it is), then it’s probably not going anywhere.