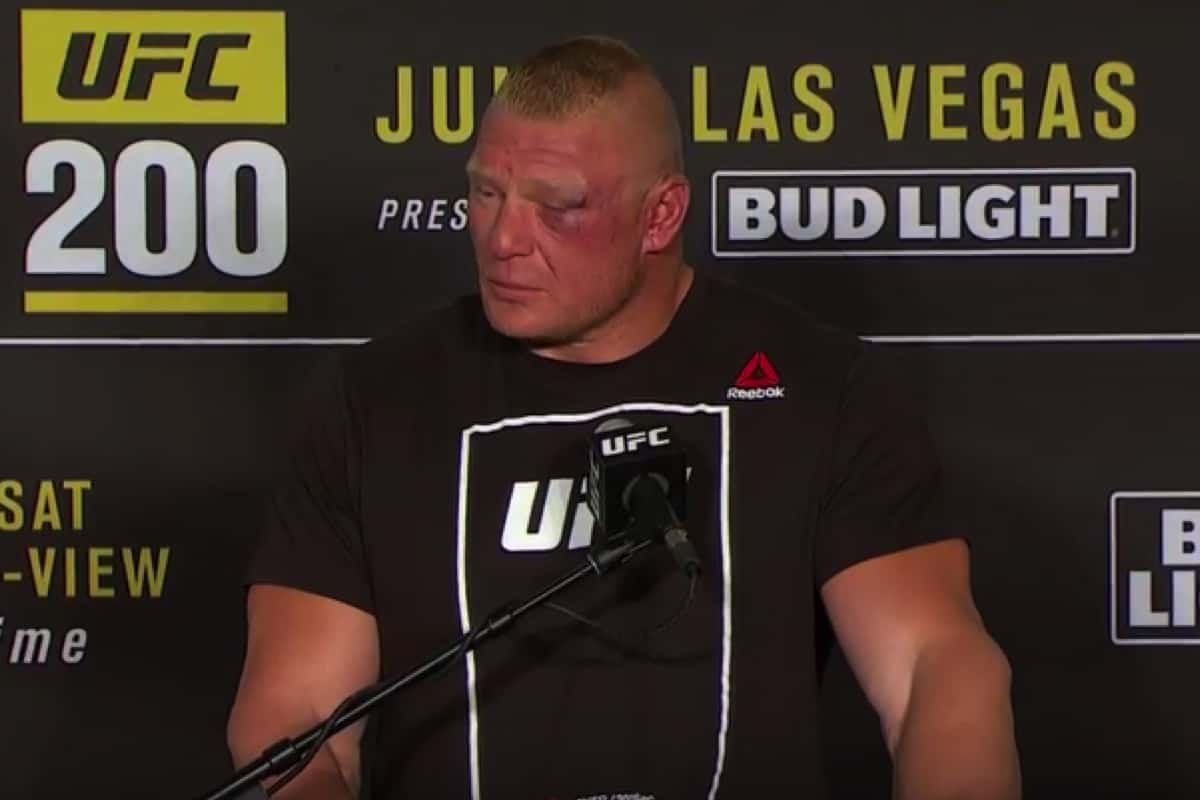 It didn’t take long for Brock Lesnar to respond to Jon Jones’ challenge.

After the former light heavyweight champion said he’d ‘love’ to fight Lesnar in the octagon during a Facebook chat today, “The Beast” quickly caught wind of the situation, telling The Associated Press that while he’s willing to fight “Bones” anywhere, the troubled returnee has a different challenge on his hands this week:

“”Would I fight Jon Jones? Anytime, anywhere,” Lesnar said. “Right now he should be worried about D.C. on Saturday night.”

Many are picking the -250 favorite Jones to get past Cormier at UFC 214 from Anaheim this Saturday, and it’s not hard to see why considering he beat him once. But Lesnar has a good point as well because while Jones has only secured one lackluster win over Ovince Saint Preux since beating Cormier in January 2015, ‘DC’ has won four straight fights over Anderson Silva, Anthony Johnson, and Alexander Gustafsson.

Jones’ extreme inconsistencies coupled with his inactivity will make his fight with Cormier an uncertain one, even if he has the obvious talent to beat him and is still arguably the best pound-for-pound fighter in MMA. If he does indeed beat Cormier a second time, a bout with Lesnar in his long-rumored move to heavyweight certainly has the potential to be one of the highest-grossing bouts in UFC pay-per-view history.

“Bones” has made it seem like he has a special talent for ruining massively profitable fights, however, so even if Lesnar is willing to face him, a lot of procedural red tape still has to be bypassed. Lesnar remains suspended for now even if rumors recently revealed he had supposedly rejoined the USADA testing pool, his one-year ban from USADA ‘frozen’ after he retired from MMA last year. That means he will have to serve out the remainder of his more than six-month suspension before he can re-enter the testing pool and return to MMA.

If he can get cleared to fight Jones, what a sight it would be.