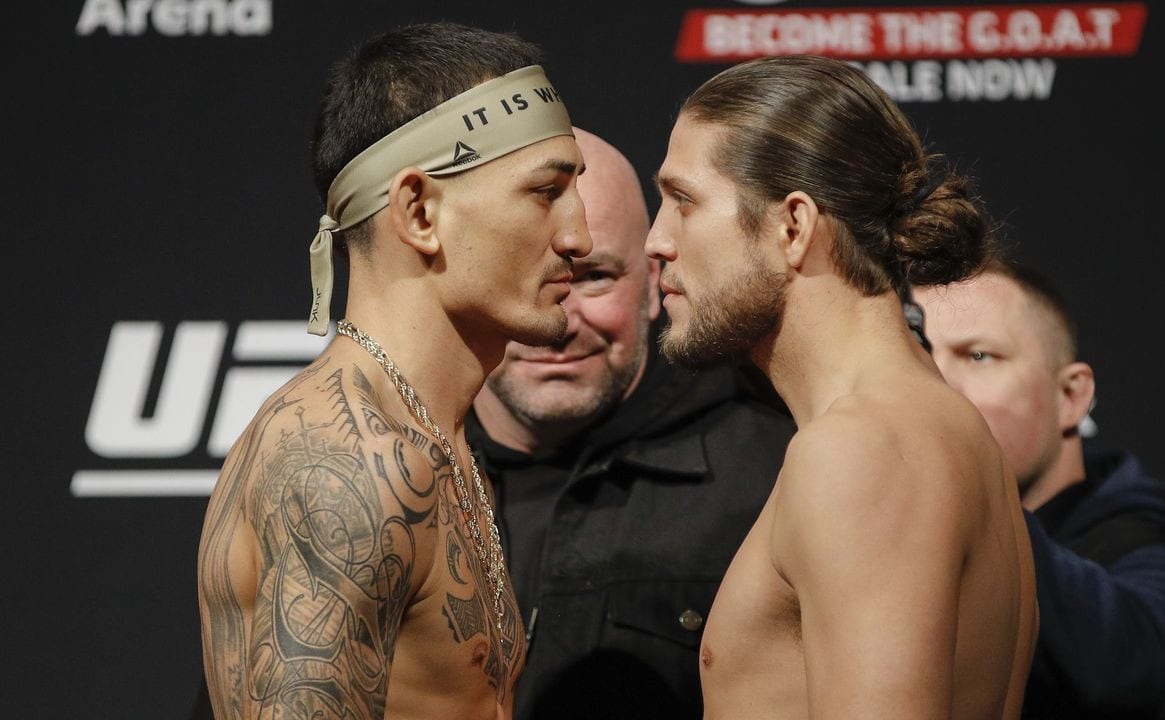 Brian Ortega won’t feel like a champion until he defeats Max Holloway.

Ortega returns to action on March 27 when he challenges Alexander Volkanovski for the featherweight title in the co-main event of UFC 260.

It will be his second attempt at the 145-pound strap after suffering a brutal fourth-round TKO defeat to Holloway in their title fight back in December 2018.

And while beating Volkanovski and inflicting the Aussie’s first UFC defeat would be some achievement, Ortega still can’t feel “100 percent the champ” until he exacts revenge on Holloway.

“I’ve been thinking about that a lot lately,” Ortega told ESPN (via MMA Junkie). “It’s like, OK, you win, you’re the champ, but this man beat you. I wouldn’t feel 100 percent the champ if I didn’t run it back. That man has that on his resume. He gave you your first loss, something you can never take from him. So now it’s like, well, we gotta make this right. So, yes, it would be amazing (to win the title) because there’s no credit taken from Alex Volkanovski. This man won twice over Max despite what everyone wants to talk about or say.

“Obviously it would be amazing to be a champ and say mission accomplished. You told yourself you’re gonna get this belt, and you did it. Congratulations. Now f*ck this belt – Max. I’m a fighter, bro. I think he said it, ‘Bro, you beat me one time, I’m gonna want to fight you again. You beat me two times, I’m gonna want to fight you 80 times so I can beat you,’ and that’s the same mentality that I have. You f*ck me up 20 times, I’m gonna come back the 21st time. I still want something. I’m stubborn or a competitor, whatever you want to call it, but I have that fire in me, and that’s how I got better in the gym.”

Of course, this is all under the assumption that Ortega beats Volkanovski.

That hasn’t happened as of yet, and “T-City” is not underestimating the current featherweight king at all.

“I feel like he’s very technical,” Ortega added. “I feel like it’s gonna be somewhat of that type of fight. The man is a specimen when he goes in there and how he moves and how he creates his opportunities and how he goes and wins rounds and does what he does. Then when you try and push the pace and someone knows how to stop you, you also get respect.

“So he’s an interesting one. So now it’s time to go in there and decipher this puzzle. Who knows what it’s gonna take? I still have to get punched by him and feel what it has to take or share the octagon with him, but it’s something I look forward to.”

Do you think Ortega can become featherweight champion and go on to face Holloway in a rematch?