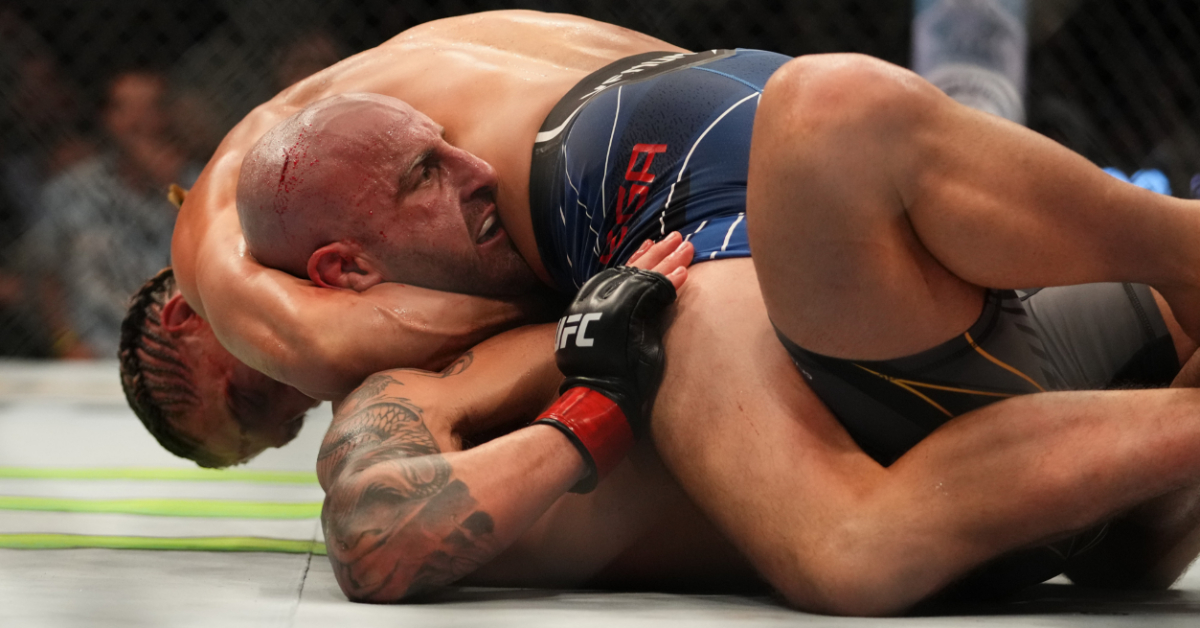 Ahead of his potential UFC featherweight title-eliminator against Yair Rodriguez this weekend at UFC Fight Night Long Island, two-time title challenger, Brian Ortega has insisted that he is a truly “dangerous” opponent for division champion, Alexander Volkanovski – as he targets a title re-run.

Ortega, who has challenged both Max Holloway and Volkanoski unsuccessfully for undisputed featherweight gold in the past, is slated to return this weekend in the main event of UFC Fight Night Long Island – tackling Chihuahua striking ace, Rodriguez.

The outing will come as Ortega’s first since headlining UFC 266 back in September, where he suffered a unanimous decision loss to Volkanovski, once more absorbing significant punishment in a title outing.

However, credited for his performance against the New South Wales technician, Ortega almost managed to lock up both guillotine and triangle choke variant submissions against Volkanovski – coming arguably as close as possible to finishing the dominant featherweight best, without landing a win.

Previewing his featherweight showdown with Rodriguez this weekend, Ortega insisted he is a dangerous opponent for Volkanovski as he attempts to land a title rematch.

“I would love that personally because I feel like from what the world’s seeing is he’s won the belt, he’s defended the belt, and the one person that gave him the hardest time was me,” Brian Ortega told Inside Fighting during a recent interview. “(I) put him in the most danger he’s ever been in his career. …”

“I just put him in the most danger and people noticed that, people saw,” Brian Ortega explained. “I’m just a deadly opponent for him. Obviously, I’m always gonna train to win, to fight this guy and beat this guy. I believe I have the tools and capabilities to do so if I play my cards right. So it’s all about seeing how I can play my cards right and going in there and finishing this man (Yair Rodriguez).”

Without a victory since October 2020, Ortega managed to turn in a one-sided unanimous decision win over Chan Sung Jung on ‘Fight Island’ in his first Octagon appearance in over two years.