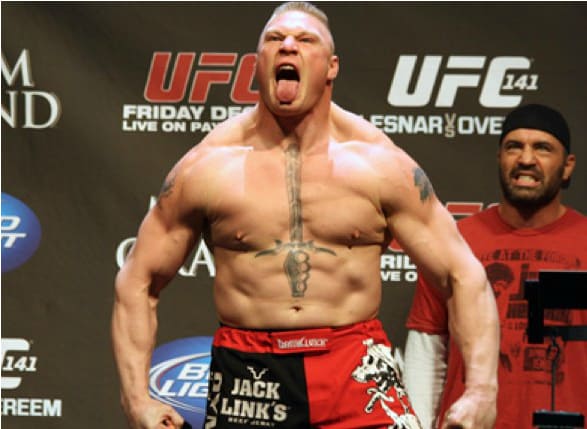 When Brock Lesnar announced that he would be making his highly-anticipated return to fighting at July 9’s UFC 200 card in Las Vegas, Nevada, many had speculated on how he would be handled by the United States Anti-Doping Agency. Typically when a fighter comes out of retirement, he must be entered into the USADA testing pool four months prior to competing.

Given that Lesnar had announced his return just weeks before the landmark event, however, he was granted an exception to that rule by the UFC. Lesnar has also been questioned regarding performance-enhancing-drugs (PEDs) due to his freakish physique, but he had never tested positive for any type of steroid – that is until now.

According to a report from ESPN’s Brett Okamoto, “The Beast” has been flagged by USADA for a potential anti-doping violation stemming from a test administered on June 28, 2016:

The UFC has been notified of a potential anti-doping violation by Brock Lesnar, stemming from June 28.

USADA had claimed that they had intensely tested Lesnar leading up to UFC 200, and it appears as if they have found something. This marks the second massive ‘bust’ by USADA regarding UFC 200, as scheduled headliner Jon Jones was pulled from the card just days prior after being notified of a potential anti-doping violation as well.

Stay tuned to LowKickMMA.com as more news unfolds regarding this matter.