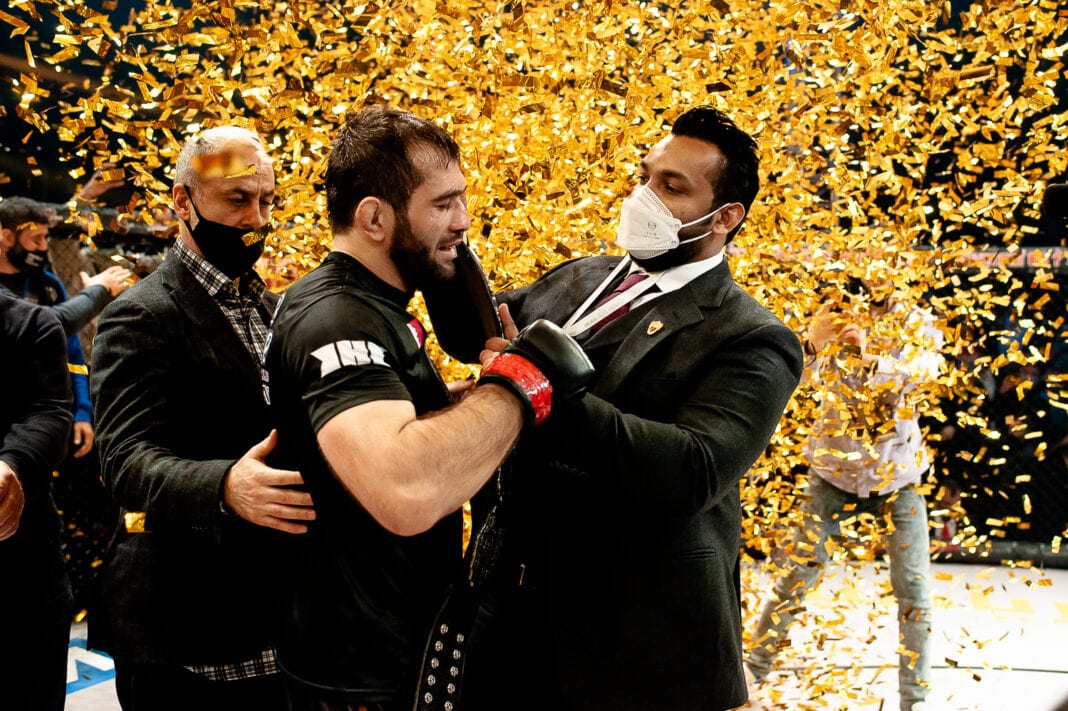 BRAVE CF 46 went down this weekend (Sat. January 16) in the Russian city of Sochi, marking the first time the promotion had staged an event in Russia.

The 11-fight card was headlined by a super lightweight title bout with defending champion Eldar Eldarov taking on Brazil’s Leonardo Mafra. Eldarov wasted no time taking the fight to the challenger, landing several nice combinations to open the proceedings.

Mafra was able to get himself into the fight and began to gain confidence; the longer the round went on, and the fight stayed standing. However, with only seconds left in the round, Eldarov scored his first takedown. Mafra attempted to get back to his feet but was caught with several punishing shots, which opened a cut over his eyebrow.

The fight was the stopped after the cageside doctor informed the referee that Mafra would be unable to continue, due to the cut’s severity. In the co-main event Ali Bagautinov scored a unanimous decision win over Oleg Lichkovakha. Bagautinov controlled the contest from start to finish and despite not getting the finish the former UFC flyweight looks like a great addition to the BRAVE CF roster. Bagautinov’s win now means he will enter the BRAVE CF flyweight Grand Prix.

Former UFC fighter Roman Bogatov returned to winning ways after suffering the first defeat of his career against Leonardo Santos a UFC 251. The Russian scored a unanimous decision victory over Kazakhstan’s Nurzhan Akishev. After a close opening round Bogatov experience began to come to the fore as the 30-year-old used his superior wrestling to power his way to victory.

Heavyweight’s Konstantin Erokhin and Zhyrgalbek Chomonov locked horns earlier in the night with Erokhin earning himself a second-round TKO victory after unleashing a barrage of heavy shots to the head of an outmatched Chomonov.